This week on the show we discussed how Donald Glover, or better known by his rap alias Childish Gambino has us eager to tune in for the second season of the show “Atlanta”. The season 2 premiere will be on March 1st at 10pm on FX. We discussed how the first season of the show transferred the hip hop/ rap industry on to television media. In the show, characters attempt to make it to the top of the hip hop genre and gives hip hop fans a visual outlook into Atlanta music. Childish Gambino is a main reason for the show’s popularity, as we discussed how he was the modern day Jamie Foxx. Gambino can rap, act, direct, and write. All of this being a dangerous combination for the media industry, and although he is focusing on his show right now, we cannot wait for Gambino to drop his next album after the release of “Atlanta” season 2. 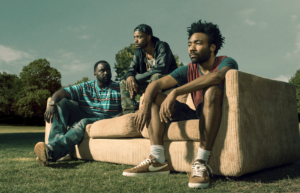 Artist of the Week: A$AP Rocky

This week the artist of the week was A$AP Rocky. With the 5 year anniversary of his album Long.Live.A$AP we spoke about how great the album was, and how even years later it’s held up so well. We all agreed that being a fan of his is tough, due to how slow he is to release music, but we appreciate the fact that whenever he does it is always well made and polished. He reminds us of Kanye with the way he is apart of the fashion world just as much as he is of the music world, and we are excited to see what he does next in both categories. 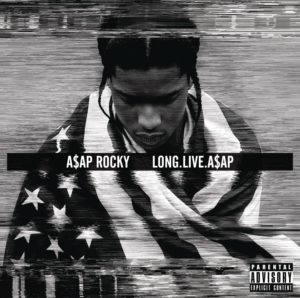 Kevin Gates finally released! Gates was released from Quad Cities Penitentiary in Illinois earlier this week on January 10th after a parole violation after serving nine months in prison for battery assault. This charge came after Kevin Gates kicked a female fan during concert in Lakeland Florida in August of 2015. Gates the rapper known popularly for 2 Phones, Really Really and his world star interviews argued argued that he had the right to kick the fan during his concert under the Florida “Stand Your Ground Law”.  After a lengthy trial however Kevin Gates was found guilty on October 26 2016 and began serving his sentence immediately. He has been released on parole.

All in- Kid Cudi