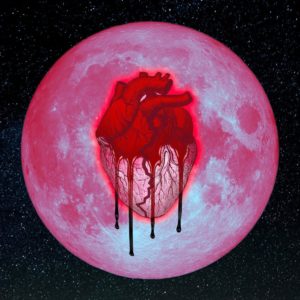 That’s right folks! One of the best R&B singers in the game right now has released a booming album.

With his hit singles, such as the notorious “Pills and Automobiles”, Chris Brown was able to deliver an album filled with a variety of songs.

If you’re looking for an album that suits your moods, “Heartbreak on a Full Moon” can provide those tracks for you. It’s been a while since an artist has released more than 20 songs on their album however Brown was able to give his fans not just 20 but an enormous amount of 45 tracks!

Some songs such as “Party” and “Sip” are great for your “night out” needs but Brown also releases many songs describing his past relationships such as “Confidence” and “Tempo”. If you need some sad songs, you can bet that Brown’s album is able to fill your playlist up with songs like “Everybody Knows” and “Emotions”.

With some of your favourite Hip Hop artists, Ty Dolla $ign, Yo Gotti, A Boogie wit da Hoodie, Kodak Black and as well as Usher and Gucci Mane,  the album deserves a definite listen to.

Chris Brown notably refers to specific relationships that can knowingly correlate to his previous girlfriend, Karrueche Tran. One of a personal favourite song with “Everybody Knows”, Chris Brown was able to connect specifics of his past relationship within this song.

It’s been a while since Brown has released an album however it was worth the wait as now his new album is hitting the charts and succeeding within the Hip Hop industry. Not only was he able to release 45 songs in just one album but all songs varied in different vibes (with a bit of Pop, Rap and R&B) that will suit your playlist needs.

The Rap Up: Brantford Edition

Bruk off yuh back – Konshens