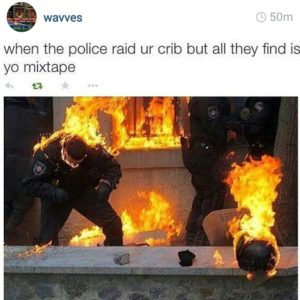 Hello all! It’s finally starting to feel like winter and BOOM it’s raining and beautiful again. Ahhh do I love #CanadianWinters. Whether or not it was hot outside, it certainly got super hot in the studio with throwbacks like Rock Your Body, SexyBack, Dirrty, Naughty Girl, It Wasn’t Me, and more! They all brought some serious memories back, and I had so many instances of feeling super old *sob*. The songs today were so fire, quite a few of them actually had some sort of references to fire like Love The Way You Lie, Dirrty, and FIRE *teehee*.

We started the show with a Billboard update: not much to say about it, the top 10 has baaaaarely changed over the last couple weeks, BUT with the release of “Walk on Water” which features Eminem and Beyoncé maybe things will change? Gotta give it to Rockstar by Post Malone and 21 Savage for holding down that numero uno spot since taking over from Look What You Made Me Do by Taylor Swift. 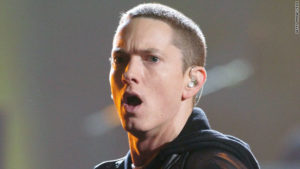 Once the billboard update was done, some seriously fire throwbacks were played, that ended with me reading the whacky Wednesday article. Not too whacky, but the EMAs happened just over the weekend and Eminem won the award for “Best Hip Hop” and he hasn’t even had an album come out since 2013 so he was super shocked and made that known in his acceptance speech. He did however drop some interesting deets when he some new stuff is coming soon. CAN’T. WAIT #FanBoyMoment.

Once that was done, I talked a bit more about Our Radio Laurier booths in the concourse and how you can come out and meet myself and other DJs at the booths throughout this entire month! I was there earlier today, from 12:30pm-1:30pm and talked to quite a few folks. Always fun to chat with those tuning in. After that, I slowly moved into current music, going from 2014 to 2015 to 2016/2017 and the popular hits over the last couple years. It was a smooth transition, but you could definitely feel how music has changed, especially considering how the first song I played was called Hard Day’s Night, and one of my last songs was called Talk Dirty 😉

After that, before I signed off I did have a final message and I’ll reiterate it here as well, it’s a quote that goes: “fear has two meanings —> Forget Everything And Run. OR. Face Everything And Rise. Choice is yours, choose wisely!

It was a wonderful show, and I hope to have y’all tuning in next Wednesday as well, @10am! DJ Thr0wB@ck out!