This weeks show featured a special guest. Matthew Downs, coordinator of Laurier’s Emergency Response Team, was live in studio for an interview. The focus of our talk was how to stay safe this upcoming Halloween weekend. Be sure to drink water to stay hydrated and do not drink on an empty stomach. Here is a quote from Matthew himself, “If you notice a friend is too intoxicated, don’t let them go home alone. Keep an eye on them, and ensure that they are laying on their side. If you are feeling unsure of what to do, call 911.”

In my four years of being a Laurier student, I attended my first ever Dirty Bingo last Thursday and had a blast. Going home with both a fleshlight and a pair of Toronto Raptor’s platinum box seats, I’d consider myself the big winner from that night. Unsure of what a fleshlight is? Make sure nobody else is in the room and google it online. Warning, it is not safe for work. Also, the joke of the day was a double whammy coming from both myself as well as Matthew Downs. Which one was better? You be the judge. Mine was:

How do you make an octopus laugh? Ten tickles!

Matthew’s joke of the day was:

What do you call a cat in the Red Cross? A first aid kit! 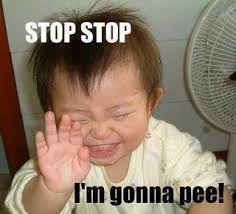 The Toronto Maple Leafs welcomed the Los Angeles Kings at the Air Canada Centre and beat them 3-2. You can catch all the highlights here. Going into this contest, the Maple Leafs were the highest scoring team falling just behind the Kings in 3rd place for the power rankings. Goals came from Matt Martin, Tyler Bozak, and Patrick Marleau. Toronto is currently

I leave you with a little inspiration as midterm season starts to take full effect. I have believed in the Toronto Maple Leafs my entire life, the least you could do is believe in yourself.

My show next Tuesday falls on Halloween so tune in for a Halloween-themed show!