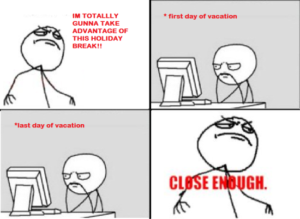 OMG reading week is done. Isn’t everyone just SO happy to be back on campus? Okay c’mon who are we all kidding, everyone was looking forward to The Morning Show right? Like “hey I can’t WAIT to be back on campus so that I can tune back into RadioLaurier.com”. Well, it was a pleasure to be back, talking to all the wonderful people who were listening to DJ Thr0wb@ck’s Wednesday morning shenanigans! In terms of the show, we started with an iconic, ritualistic, almost-traditional technical glitch, then once the universe was back in order, I gave a billboard update, and then we threw some songs sooooo far back that we gave a new meaning to the word throwback.

I thought since it was a new start, so a good time to introduce a new segment on the show where I’d talk about a Weird Wednesday article about an artist/band whose selected songs I’d then play. 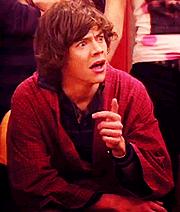 This week I discussed how a girl at a One Direction concert screamed so loud that her lungs collapsed. Check out the full story here. I then played Live While We’re Young and Story of my Life, the latter actually surprised me with a very well thought and executed music video, do check it out!

Once that was done, I pulled up some classics and discussed some misheard lyrics. First up was BonJovi’s livin’ on a prayer: if you don’t know this song, no pun intended but you’re probably livin’ on a prayer. One of the lyrics is “It doesn’t make a difference if we make it or not” but it’s often heard as “It doesn’t make a difference if we’re naked or not”. Next up, Backstreet Boys‘ I want it that way has them singing “tell me why, ain’t nothing but a heart ache, ain’t nothing but a mistake” which is often misheard as “Tummy why? Ain’t nothing but a fart hey, ain’t nothing but a meat steak“. If you had tuned in you probably heard me absolutely dying while I read that, I don’t know but I find meat steak to be hilarious, I kept imagining them and how different the song would be if they were talking about bowel movements (that 1Direction meme would work perfectly here too wouldn’t it?).

Moving on, we talked about some Laurier events, don’t forget the Laurier v McMaster game this Saturday at the University Stadium @1pm! RadioLaurier’s very own Dirty Bingo is also tonight at Chainsaw! It should be a hoot and a half with some seriously intriguing prizes to be won, so make sure you’re there super early! Pro tip: Cuffing season is upon us and those prizes would make perfect gifts.

Finally, the show was wrapped up with some current music and a “message of the day” as I’ve started doing now, it’s my two cents on your lives because giving advice makes me seem like a responsible adult (I need that to balance out my irresponsibility over most weekends #MatureAsAllHell). Can’t wait till next Wednesday, I take requests @RLMorningShow. See y’all next Wednesday at 10am sharp #FingersCrossedForTechGodsToLoveMeNextWeek #ILoveHashtags #Hashtag