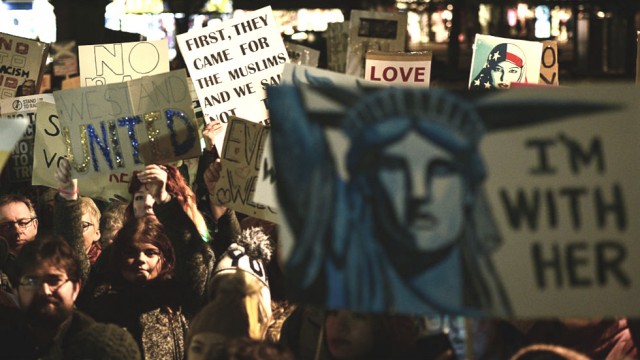 Yesterday’s show was about how to keep a positive mindset when times get tough. Being in 1st, 2nd, 3rd or fourth year teaches an understanding of balancing study, socializing and a personal life.  But managing the daily struggle of school becomes more difficult when situations beyond our control mount on the pressures of keeping your head about you while things are exploding everywhere.

Without skirting the issue, the U.S. administration has changed how western politics functions at least momentarily, juxtaposing democracy and tyranny.  The President of the United States is attempting to indiscriminately do away with most liberties, with a broad sweep of literally strong-arming everyone in his wake into submission.  We’ve seen him try to muscle people through awkward handshakes, barrages of personal attacks on public figures and world leaders, and try to retrofit archaic policies that marginalize and threaten the safety of several people. 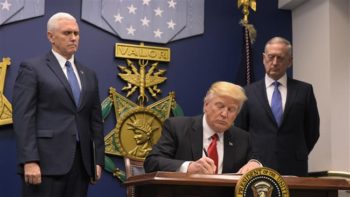 With his failed attempts at banning muslims from entering the country, he affected business, education and foreign relations between would-be allies and has incited violent extremism both in and outside of the United States.  Even in Canada, a Trump-inspired vigilante murdered six innocent people while they were worshipping at their mosque earlier this year.  Canadian students have experienced difficulties in completing their studies as some programs require them to travel back and forth across the U.S. border, and though our government has taken the position of resisting the U.S. immigration policy it hasn’t brought the effects to a halt.  It goes without saying that the United States’ attack on progressive freedom is being felt throughout the world.

The school year is almost over, with just about a month left between final assignments and exams.  We made it!  Every year has its unique challenges, and asks different things of you to make it through.  You learn and grow not just from the academics, but through the activities you participate in, and who you encounter each day.  Last night’s show was a reminder to stick to the foundation that holds you together.  Each person has their own set of values that helps them make sense of the world, especially throughout learning new things at school and deciding what you want from life.  When things get tough and they’re coming at you from all angles and throwing you off balance, remember the things that make you feel stable: maybe it’s a cottage at the grandparents, or that friend back home that you grew up with that you can’t wait to see when school’s over, or maybe it’s just something simple like a favourite hobby you do in your spare time.  Whatever that anchor is, hold on to it and let it guide you through the unfamiliar waters.  You’ll see that you can look at things objectively and feel a sense of calm while you make sense of it.

Here’s the playlist of songs that played last night: 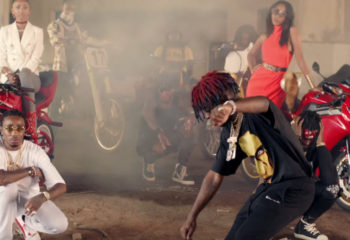