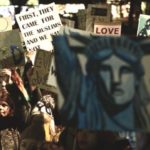 Yesterday's show was about how to keep a positive mindset when times get tough. Being in 1st, 2nd, 3rd or fourth year teaches an understanding of balancing study, socializing and a personal life.  But managing the daily struggle of school becomes more difficult when situations beyond our control mount on the pressures of keeping your head about you while things are exploding … END_OF_DOCUMENT_TOKEN_TO_BE_REPLACED

ATTENTION ATTENTION: THIS IS NOT A DRILL! Tonight, on The Boiling Point, after a two week hiatus we'll tackle the growing snowball of controversy happening in the United States Presidential administration, complete with an analysis of the most recent scandal around the appointed Attorney General - Jeff Sessions. We'll also recap recent events that made headlines in … END_OF_DOCUMENT_TOKEN_TO_BE_REPLACED 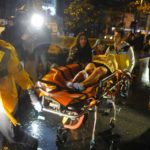 Welcome radio-heads! Hope the break was rejuvenating and that you're ready to tear into the semester.  Last year we talked about a lot of groundbreaking events, and also got the chance to examine some key issues that affect us as a student body, and also as individuals that shape society. What impact does our perspective have on those issues?  How effective can we be in … END_OF_DOCUMENT_TOKEN_TO_BE_REPLACED 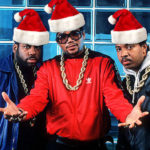 Good evening fair Golden Hawks! Last night's episode of The Boiling Point was a celebration of sorts, with touches on popular topics in the news and of course, a jocular look at some of this weeks funniest moments in the media.  Twitter always has an exhaustive account of any major event that happens - in play-by-play form.  One of the best this week, was Newt Gingrich's … END_OF_DOCUMENT_TOKEN_TO_BE_REPLACED 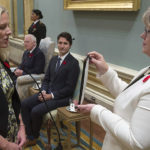 This week we took a look at what's on Catherine Mckenna's agenda as she steps into the role of Trudeau's Minister of the Environment and Climate Change. You can check out the National Observer article, it outlines many of the tasks Mckenna has to take on over the next 4 years. We also took a look at the Paris attacks and what that will mean for the COP21 Climate Summit. The … END_OF_DOCUMENT_TOKEN_TO_BE_REPLACED