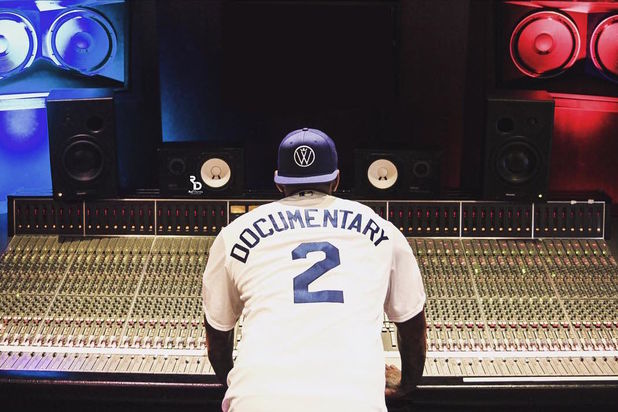 We Know When That Hotline Bling

Seems like the music video for Drake’s ever popular summer jam “Hotline Bling”, took longer than it should have to drop but the reward far outweighs the negative. Sure, the music video is kind of cool, colourful and so on, but the one thing everyone is fixed on is the 6God’s dance moves. Twitter’s meme game is at an all-time high, and this was a free-throw. Who seems to love it most of all? Drizzy of course. He’s even uploaded some of his favourites to his Instagram encouraging the strange love, which we think is a very smart move. Drake hopes “Hotline Bling” will be his first single to reach #1 on the Billboard Top 100 despite a wave of placements already (more than the beetles, that’s right). The number #1 spot is currently being occupied by none-other than The Weeknd. Oprah’s looking at like Toronto like “And you get a W, and you get a W, and you get a W!”.

The Game has been let’s say, active in recent months? I mean, recording near 700 songs for your double disc album, interviews and promotion all over the country, and taking shots at Young Thug whenever he gets a breather seems to be a full schedule. The Documentary 2 and The Documentary 2.5 are now available for purchase and stream although Game is probably hoping you choose to purchase the two disc set. Despite being very solid projects with an all-star roster of features, both discs brought in “meh” first week sales combining for less than 150k. Perhaps this might be a lesson in quality over quantity.

Take a look at some of the winners from this year’s BET Hip-Hop awards. Your host of The Rap Up TJ Mroz also made his expert picks and try’s to defend the ones he missed (Winners in bold text).

Kanye West – T (But Kanye’s shows are almost a full on Broadway performance?! Love Cole though!)

Lyricist of the Year

DJ of the Year

DJ Esco – TJ (Thought they’d give it to Esco for the all Future mixtapes this year, oh well)

Producer of the Year

MVP of the Year

Track Of The Year

Album Of The Year

Drake – If You’re Reading This It’s Too Late

Kendrick Lamar – To Pimp A Butterfly – TJ (Thought they’d ride Kendrick on this one, Cole truly deserves it!)

Wale – The Album About Nothing

Who Blew Up Award

Hustler Of The Year

Dr. Dre – TJ (Let’s face it, Dre had a monster year… Get it, monster? Headphones? Anyone?)

Future – Beast Mode – T (Either way Future was winning this one)

Fuck It – Tyler The Creator

When I See It – Kanye West

Up on the Wall – Game Ft. Problem, Ty Dolla $ign