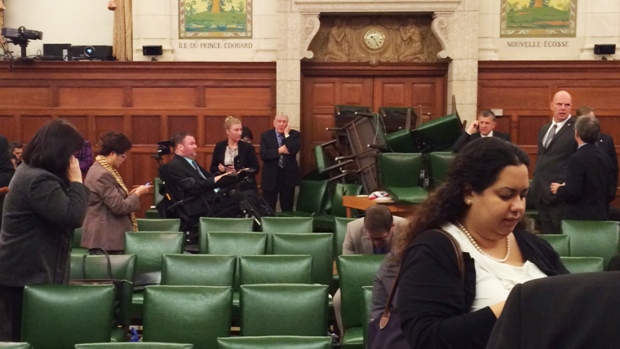 The October 22nd shootings at Parliament Hill seem to have ran into technical issues with the area’s cellular and internet networks.  These networks were converting from landlines to cell service.  This made communication with emergency personnel very difficult.

Real estate heir, Robert Durst, has been charged with first degree murder of old friend, Susan Berman.  Durst exposed the truth unintentionally while filming his docu-series.  He muttered incriminating words to himself in the washroom, while his microphone was still on.  If proven guilty, Durst could face the death penalty.

Former national ski coach, Bertrand Charest, was charged with close to four dozen sexual offences last week.  These acts took place between the years of 1991-1998.  All victims were junior skiers at the time of the crime.

Prince Edward Island’s recent blizzard has broken snowfall records for the region.  The storm hit Sunday and Monday, and dumped 48cm of snow in the area.  The total snowfall in the province this season thus far is 453cm, passing last years total of 451cm.