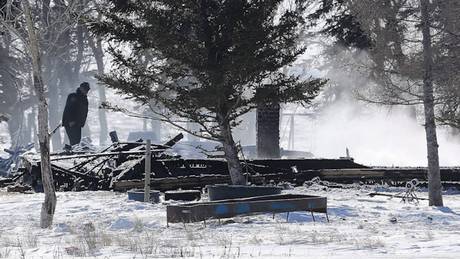 In southern Manitoba, the Froese family suffered a fire at their family home.

Bernard Schellenberg, RM of Morris fire chief noted the bleakness of the incident as result of the home being “a two-storey bungalow with an addition on the side of it. By the time they had arrived, it was fully engulfed and the walls had collapsed.

“Our crews did the best they could with the conditions they had,” said Schellenberg.

There were 7 children inside when the house caught on fire. However the three youngest children were saved by the mother, but the oldest 4 children were not able to escape.

The Outlook is bleak for Google Chat

Microsoft has decided to remove the ability to use other programs from two of its chat services.

Google has decided to discontinue its use of Google talk and Facebook Chat within outlook.com.

Microsoft advises its members to utilize Skype for their chat and video calling needs.

Microsoft Spokesperson Mary Foley, states that “most Outlook.com customers already prefer to use Skype when they are chatting and we see this as a great option for anyone impacted by Google’s decision to shut down Google Talk and associated APIs, or the recent deprecation of Facebook Chat for outlook.com.”

The reason for this decision remains unknown.

Truce on Hold as Economic Pressure seen in Ukraine

Reuters News noted that “the bank reversed the decision, giving no explanation for the abrupt change in policy. But it came after a sharp rebuke from Prime Minister Arseny Yatseniuk, who said the move was bad for the economy.”

This halt on trading will impact the rest of Europe through the oil market.  Reuters News reports  that “Russia could halt gas supplies to Ukraine, which could disrupt flows to Europe, which receives around a third of its gas from Russia with 40 percent shipped via Ukraine.”

This  war in Ukraine has wreaked havoc on the Ukrainian economy that has seen their currency lose half of its value through all of 2014.

A fire that killed two children started at a reserve on Loon Lake Saskatchewan, has baffled fire officials.

Two-year-old Harley Cheenanow, and his 18-month-old sister, Haley, died after the fire broke out at their grandmother’s home.

The grandmother managed to get out alive but the children, carried out of the burning building by their father, died at the scene.

RCMP were the only first responders that showed up to help the fire.

CTV News clarifies that the Makwa Sahgaiehcan First Nation reserve has a working fire truck, but they didn’t have enough money for proper equipment or to train crews to use it.