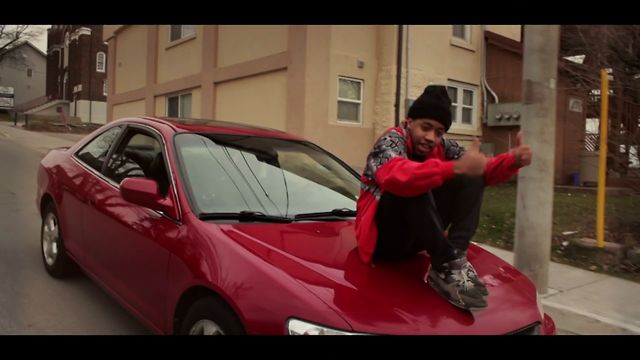 Wuddduupp friends?! I hope yall are ready to be put on blast. Like fo fo real. This week, we took a little break from the mainstream and brought you a lil sum sum from OUR streets. Which is actually pretty tuff (even if our streets are King & Uni). Ha.

BUT, we still brought yall a few headlines from the world of hip-hop. Unfortunately no new Ja Rule updates though. 🙁 Anyways, if yall didn’t already see it on Twitter, Facebook etc. etc. Mr. Leo DiCaprio had his birthday bash this past weekend annnnnd the performers? Dos Chainz and Yeezus. Strange, right? Well, supposedly he had always wanted to see Kanye and 2 Chainz is his new fave rapper. Thanks Gatsby! ALSO! Mr. All Gold Erryythang (Trinidad James) recently called out NY rappers saying that the south currently RUNS all urban NY radio. True? Well, kinda. Sorry Flex.

ps: check out this super dope video of Childish Gambino on Tim Westwood as he makes a beat and then raps over it… all while on air. Check it out here. double ps: his album drops in December. Just wait on it…

Okay, now to the good stuff. This week we had on some very special guests. These dudes come straight from the KDubs (Kitchener/Waterloo for you suckas) and are killing it in the local hip hop scene. Even though they are friends and rep the scene together, it’s only right we put ’em on blast individually. Soooo without further ado, may I present Kori Deek and Ramsay Almighty.

Kori is dope MC reppin’ his own crew called HonorsCla$$ and has been making tracks for a while now. He has had a few tight singles and tracks that yall can download right HERE. He is currently working on a new tape which should drop this December called Shadows & Silhouettes. Make sure to cop his music because he will be performing at this years Hip-Hop Hangout annnnd you’re gunna wanna know the words.

Now, Ramsay is a very good friend of the show. He was actually our first guest EVER backback in the day. He has had countless tracks/bangers/features and we’ve played his music a ton sooooo I know yall already knwo him. BUT what you may not know is that he actually dropped a new mixtape this week called Metropolis. This is tape is definitely a KW classic and has the potential to make some national waves. He recommends that you listen to it while riding around downtown Waterloo at night time. Trust me, the vibe is right. He will no doubt be at this year’s Hip-Hop Hangout again and make sure to download the new mixtape right HERE!

Well, that is it from us this week. Make sure to tune in next week as we have ANOTHER special guest coming back on the show to chop it up and bring us some of that KW rhythm and blues. Rufus wuddduuuppp? Ha!