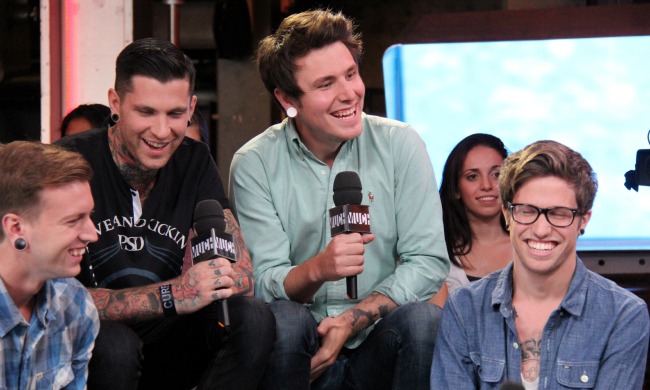 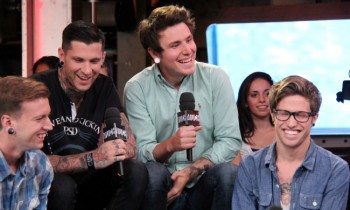 Because my blog wasn’t set up for last week i’ll review over some of the music I played this past tuesday (Nov. 5th) and the tuesday before (Oct. 29th).

I’ll start with the show I just did, I played lots of different music but mainly more acoustic stuff this week.

First was We Were Sharks the pop-punk band from Ottawa, Ontario I played Glory Days and The Blackout Anthem.

Third was Darelle London the pop-piano player from Toronto, Ontario I played Fine and Bad by her.

Fourth was Marianas Trench the pop-rock band from Vancouver, British Columbia I played Fallout and All To Myself

Fifth was Brighter Brightest the pop-rock band from Aurora, Ontario I played Everyday and Right for me. I also mentioned to people that they should check out Brighter Brightest music video for their song ‘Right For Me’ because it’s incredibly positive. I’m going to post the link to that video here: http://www.youtube.com/watch?v=9dSt5_PMrkc

Sixth was Andy Brown the folk rock singer from Fredericton, Ontario I played Blue Eyes and Gone by him.

Seventh was Amos The Transparent the alternative rock band from Ottawa, Ontario I played Says The Spark and Coming Home. I also mentioned for this band that they had an incredible music video for their song ‘Says The Spark’ so the link to that video is here: http://www.youtube.com/watch?v=bgDrPtRDkd4

Eighth and last was Poor Young Things the rock and roll band from Toronto, Ontario and I played their song The Low Road.  I mentioned that this band was going to be playing at Maxwell’s on November 21st in Waterloo. This was even before I heard that Radio Laurier was helping put on the show, I now have the event page here: https://www.facebook.com/events/686400278061623/ and it would be amazing if you came by!

Now i’ll review over my first show that I did.

First was Texas King the alternative rock and soul band from London, Ontario and I played their song Mary.

Second was Project 46 the electronic pop band from Waterloo, Ontario and Vancouver, British Columbia. I played Reasons and Shadow Of The Day by them.

Third was Mother Mother the indie rock band from Vancouver, British Columbia. I played Bit by Bit and The Stand by them.

Fourth was USS from Toronto, Ontario I played This Is The Best and Yo Hello Hooray.

Fifth was My Son The Hurricane the 14 piece brass band from St.Catherines, Ontario I played Pigeon Park and Honour Among Thieves by them.

Sixth was Walk Off The Earth the pop-ska band from Burlington, Ontario I played These Times and Rock Me Away.

And last was All Systems Go the pop-punk band from Kitchener, Ontario and I played their song Sinner.

I hope you enjoyed all the Canadian music I played and be sure to tune in every Tuesday from 5-6 to hear 100% Canadian content!