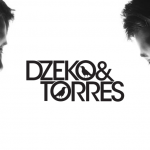 I can't believe how fast this entire year went by! Being on the radio was such an amazing experience and i've met so many new people and found so many incredible bands! I had a solid 17 shows and i'm incredibly proud of everything I got to do this year! Also the video that I attached for Crush Luther's song Trouble I didn't play but I also really love this song and the way this … END_OF_DOCUMENT_TOKEN_TO_BE_REPLACED 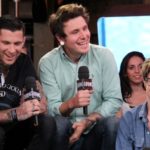 (Brighter Brighter from Aurora, Ontario on New Music Live)   Hello everyone! Because my blog wasn't set up for last week i'll review over some of the music I played this past tuesday (Nov. 5th) and the tuesday before (Oct. 29th).   I'll start with the show I just did, I played lots of different music but mainly more acoustic stuff this week. First … END_OF_DOCUMENT_TOKEN_TO_BE_REPLACED