THE BASEMENT CREW!  Follow us on our social media! @theBasementWLU        ABS_ Laurier     Abs_Laurier  Recap + Highlights  https://www.youtube.com/watch?v=t_hfc_r-H-Y&feature=youtu.be   It is with great sadness that the basement aired its fifteenth and final show for the 2017-2018 school year. It has been an immensely satisfying experience being … END_OF_DOCUMENT_TOKEN_TO_BE_REPLACED

WELCOME BACK ! After a long and intense week packed with midterms, papers and readings ,your favourite team on Radio Laurier came through with another entertaining show to end off the weekend! We took some time to reflect on the captivating art exhibit that the AAPR initiative held at Laurier last Friday! It was a very thought- provoking event and we want to thank everyone who … END_OF_DOCUMENT_TOKEN_TO_BE_REPLACED 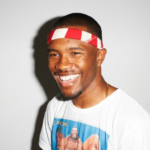 DJ Deej and DJ Stretch were in the studio last night, with a lot of ground to cover. The Summer Olympics came to a close, Suicide Squad was seen and reviewed, and Frank Ocean released Blond over the weekend. Although a lot of hype and controversy emerged throughout the duration of the Summer Olympics, both Deej and Stretch settled on Usain Bolt and his triple-triple as being … END_OF_DOCUMENT_TOKEN_TO_BE_REPLACED