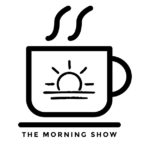 We thought that 2017 flew by but we are already halfway through the first month of 2018! Time really needs to slow down a little bit around here. Sweet 23 Champagne Tiny is getting closer to a quarter life crises as her birthday approaches this upcoming Thursday! She is all set to party in style with a PJ themed party which is a really great fit given that Champagne Tiny … END_OF_DOCUMENT_TOKEN_TO_BE_REPLACED 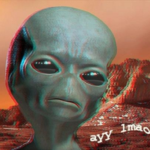 It's a bird, it's a plane, it's a UFO? DJ Deej and DJ S-Goods discussed the supposed alien and UFO sighting in Los Angeles, California over the weekend. It is said to be light pollution from a missile, but they beg to differ. S-Goods said that this all happened in time for Star Wars, and Deej said that after watching Matt Damon's The Martian, anything is possible. June 2016 … END_OF_DOCUMENT_TOKEN_TO_BE_REPLACED