On this weeks show DJ Nova and DJ Shrey were just as excited as you were to be back on air after last weeks technical difficulties, and just in time too! Talking about St Patty’s day, some weird university hacks, and even some unacceptable food combos. We also have a surprise DJ making an appearance next week, so get ready to get your pre on!

It’s not often that we start by talking about what’s going on around campus, but with St’Patty’s we just couldn’t resist it! If you don’t know what Laurier St’Patty’s is, then chances are your’e not even a Golden Hawk! With students around the province, even the country, and some in high school coming over for Laurier’s St’Patty’s weekend, it is almost too shocking for the news to be true. For those of you that are unaware, security this year on Ezra will be tighter than usual with a high chance of it not even be worth coming all the way to visit. Our theory is that with the security measures being just as new for the police than for students, the police could either be extremely harsh to ensure that in the future St’Patty’s isn’t as wild… or this is all just a scare tactic to prevent people from other schools from visiting. Either way, we are pretty sure its either gonna be super intense or extremely light… stay tuned!

The answer is yes, if you want to keep on reading though then I’ll explain why. Where appreciating the original song is a favorite for most, listening to the same song more than 5 times in a week, let alone a day is not ideal. A remix to a song can be worse or better, it can accommodate different moods by turning amazing slow songs into even better hype songs or vice versa. There are so many bad remixes out there just like how there are so many awful songs out there, but when you know the right DJ’s and vibes to look for in a remix it can sound unique, fresh, and better than the original. 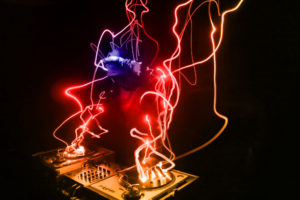 Hacks, Food, What more could you want?

DJ Nova proactively came up with some useful university hacks to help you all finish off the semester, only DJ Shrey thought it would be nice if he contributed to and did so by criticizing the flaws in these hacks!

-use candy as an incentive to study (but then don’t you lose motivation having to buy candy?)

-Make scrambled eggs, cake in a mug (This isn’t a flaw in the hack but DJ Shrey thinks anything involving a microwave is bad, smh)

-use saran wrap when you don’t want to do the dishes (couldn’t you just buy paper plates instead?)

-get a shower speaker

-got a stuffy or musty room, put dryer sheets on the back of a fan (Or just take the fun out of all that effort and open up your window or buy Febreeze!)

If you guys have any hacks or weird combos feel free to tweet us @RLafterClass, and join DJ Nova and DJ Shrey in the debate in whether or not pineapple is acceptable on pizza or if grilled Kraft Dinner can be eaten with ketchup *gag*, at least we can both agree that nothing complements fires better than a Wendy’s frosty 😀