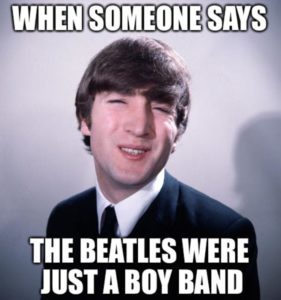 Hello once again people! A very warm welcome to all of y’all Throwbackians! Weather: weather, weather, weather, what am I supposed to say? It went from Winter to peak Spring-like weather, then back to winter. The snow today was absolutely unbelievable! It had been extremely cold for basically the entire month of February then it ended really nice and now and the weather honestly can’t make its mind up. Ugh. 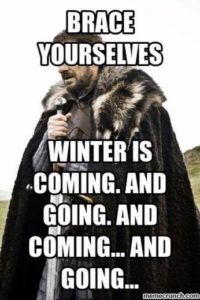 However, the music so fire it made up for all of it! From The Beatles to Hedley– I tried my best to have a great list of true throwbacks from all different eras, and make my way into current music.

After a Billboard Top 10 update, I continued the segment where I debunk some common myths- generally stuff most people believe. Here are the myths that were debunked this week:

And that was it for today! Thank you all for tuning in- again, I’m so glad I brought back all the segments back; makes for a fun show and debunking myths have taught me so much- I learn something new  every single week. I’ll catch you guys all again next week! To all those having insane weeks, don’t you dare settle for an L! I hope today’s show helped maybe make that super snowy and dreadful walk to class, a little less crazy. Remember to follow us on Facebook, Twitter, and Instagram @RLMorningShow. Take care, stay classy, DJ Throwback Out.