After an action packed weekend of football, the team spent a large portion of the show discussing the absolute massacre of the Minnesota Vikings, the Jaguars who almost did it, Jalen Ramsey’s false claims about the Super Bowl, and made our picks on if we think TB12 will get his 6th ring or not. In hockey, Leafs nation had a word or two to say about blowing leads and losing games, though they were faced with the task of playing the red hot Avs, and whether or not Jake Gardiner actually knows what he’s doing when he handles the puck. Though time was limited, Liam introduced a new section called “This Day in Sports History”, and we touched on how the Cavaliers are no longer the Kings of the North, how Boston is coming in hot, and how dynasty teams are slowly dying. As always, we ended with our 3 stars of the week, and with a football-less weekend coming up, we may have a moment next week to talk about our favourite new superstar, Trae Young. 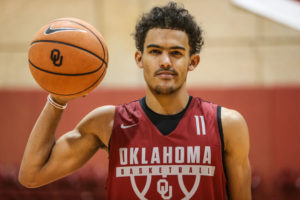