Artist of the week- Childish Gambino

Our Artist of the Week this week was Donald Glover also known as Childish Gambino, he is an artist in every sense of the word. He is talented, not only in music, but also with his acting, and stand-up. Everything that he puts work in on turns out to be great and it is no surprise how replayable and great we find all of his albums. He was also signed to RCA yesterday, and announced a new album coming out this year. With him making a sad promise last year that this would be the last Childish Gambino album to come out, we are excited to see what he will do and have no doubt that he will not disappoint. This is because he has, in our opinions, never made a bad album. Even when Awaken My Love came out, though it was not the type of music that we personally would go out of our way to listen to, it was easy to appreciate it for what it was and became something that we do go back to from time to time. However, we had no doubts that his first two albums, Camp, and, Because the Internet were our favourites of his catalogue. This too was because of his ability to not be afraid with experimenting with his sound, they were both clearly very different than other albums dropping in the years that they did. We can see the precedent  that he has set for so called “softer” rappers, moving away from gangster rap and not being afraid to show emotion in his music. We are excited to see what he does next and will for sure be enjoying it whether it’s the new season of his TV show, a brand new stand-up routine or his new album. 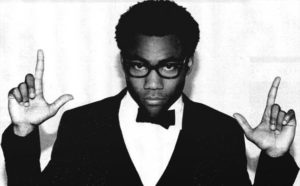 The wait is finally over, as Toronto’s very own Drake dropped two new songs. They are called “God’s Plan” and “Diplomatic Immunity” and dropped in a short EP called Spooky Hours. One thing is for sure when listening to these tracks; Drake is finally back to his old ways. The first thing we noticed is that the sound that Drake has been riding for the past few years, in terms of Views and dancehall vibes and More Life and grime vibes has been left in the past. Drake sounded like how he did on his first couple albums such as Take Care. This sparked conversation into what kind of music or album is Drake foreshadowing with this drop. Will his next album have more rap vibes along the lines of the Spooky Hours tape? We hope so, as that is the kind of music we miss and want from Drake, as it has been a while. I guess only time will tell what happens from here and what he will drop next! 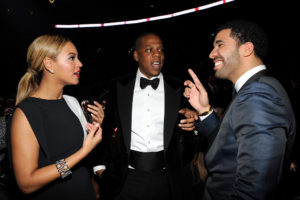 The popular drill artist from Chicago Fredo Santana was declared dead January 20th of this year after being rushed to the hospital for kidney failure. Santana has been struggling with liver and kidney problems since at least last October when he was rushed to the hospital after being found convulsing and bleeding out the mouth of a friends house. Numerous rappers and other artists including Jhene Aiko and Drake have payed tribute to Santana in tweets, posts and public statements. With this said however Chief Keef the rappers cousin and fellow drill artist was extremely devastated stateing in a tweet his brother like connection with Santana. While it is relatively easy to blame lean and the other drugs that Santana took for being responsible for the rappers death there are many other factors that have failed to be reported. Santana has stated in tweets before his death that he suffered from post traumatic stress disorder (PTSD). This may seem strange to some considering that he’s never been in the army, but in many ways living and growing up in south Chicago an area that has a murder rate rivaling that of Iraq and many other war torn countries can definitely spark PTSD. Now this should not necessarily be an excuse to use drugs but it is a topic that must be addressed considering the drug epidemic in the States and the popularization of drugs in the media and in hip hop. Santana leaves behind a child a girlfriend and both parents.

From The D To The A- Tee Grizzley, Lil Yachty