A new semester, a new year, and even a new show!

This semester Hawk House will be After Class from 10pm-11pm on Thursday nights!

This week’s show was a great way to set off the New Year as we take a look at some of the tough times in 2017, we can’t forget about the positives. 2017 brought us together as nike create a hijab for women, woman in Saudi Arabia are able to drive, Australia became the 25th country to achieve equal marriage, and Beyonce is pregnant! 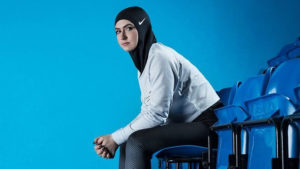 A New Trend in Music

As we take a look at 2018, I was personally shocked to find “Filth” by Justin Timberlake as the number one trending song with 19 million views after a week! It’s definitely a new twist on music, but will it be the future of music? (I hope not! But I’ve gotta admit that song is growing on me from the first time I heard it). 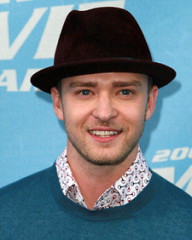 With a new year comes new resolutions, we took a look at some of the craziest weight loss hacks for anyone that’s trying to lose weight without hitting the gym! Of the most bizarre methods, sniffing an apple, banana, or mint is definitely up there. If you really want to lose weight, making yourself feel guilty is another way to go about it, simply place a mirror in front of you while you eat… yeah, on second thought I’ll get that gym membership!

In terms of events going on at Laurier, the student union have been holding information sessions from 10pm to midnight, if you happened to miss this you can always learn more about the candidates and elections through The Cord as well as some of our other radio hosts that are part of the Radio Laurier team!

With many of you in co-op or looking for a job or potential co-op we decided to take a look at some of the most satisfying jobs reported. Video game producer, film director, and comedian all top the list however, you may be as surprised to find that neurosurgeon was also at the top of the list! While the most miserable jobs were stock clerk (ahemm Double Degree Students), janitor, cashier, and telemarketer (DJ Shrey feels personally responsible for this one and would like to apologize to all those telemarketers that he’s given a hard time too that were trying to sell ductile cleaning services!)

Is Nicki the next queen of music? or the queen of features?

Ever wondered who the next queen of music will be after Beyonce? Taylor Swift? Lorde? Lady Gaga? Think again!! Tracks that feature Nicki Minaj as a guest artist stream, on average, 172% more often than the tracks without her. Looks like there’s about to be a new queen in town! 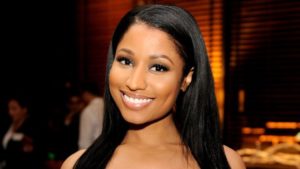