Lesson 7 of the School of Rock opened up with an underground, intense, darker melody with Black Velvet by Alannah Myles. This ominous, acoustic rock ballad features some fantastic sliding guitar riffs and raspy female vocals creating a perfect pairing. This track brings in a perfect electric guitar solo about 3/4 of the way through and rounds it out. 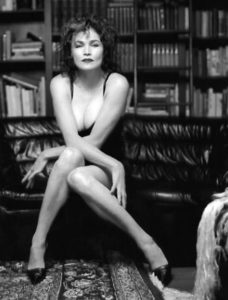 Monday’s show featured our bi-weekly segment of Report Card where your two extremely knowledgeable hosts evaluate covers of famous rock songs and either award a gold star or demerit. This week we had a listen to Metallica‘s cover of Tuesday’s Gone, made famous by Lynyrd Skynyrd. As big fans of the original, it was going to be tough for someone to do this song justice. Although both hosts agreed that the original may be their favourite, a gold star was awarded for the quality and creative take on the song. Replacing the ripping electric guitars of Skynyrd with some phenomenal acoustic guitar picking works out extremely well with the deep vocals of James Hetfield, the band’s lead singer. Well done boys.

The band Rush is considered to be one of Canada’s best musical outputs with the likes of Neil Peart on drums and Geddy Lee. Monday’s show featured a world-renowned song called Tom Sawyer. Incredible guitar work paired with genius electric sounds fuse together to give us a spine-tingling rock song. Not to mention this song was a running joke in the movie I Love You, Man. Thank you Rush for this one. 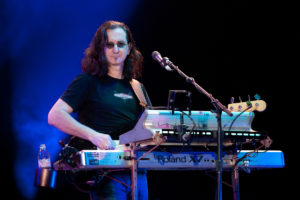 The show finished off with some classic punk rock songs from the bands Ratt and Ramones. The show hasn’t played much of the classic punk music on our journey, but we are committed to bringing our viewers all songs rock from the best eras of music. I Wanna Be Sedated is a not-so read-between-the-lines song title or meaning to it. Back then, that’s really all there was to it – getting sedated. Gotta love rock stars.

Thanks for tuning in everyone! We’ll see you next week for Lesson 8 on Monday, December 4th.