On our 3rd instalment of Sports Management Laurier’s The Sidelines podcast, we got a wild week of sports to cover including favourites such as hockey, both college and pro football, basketball, and even a bit of MLB action even through the offseason.

First off, in the world of college football, it was rivalry week. Most importantly, The Ohio State Buckeyes crushed that team up north 31-20 even with 2nd string QB Dwayne Haskins, top ranked undefeated teams of Alabama and Miami, or “The U” both got knocked off, and the playoff picture got shaken up by taking out those top teams. We also look into the Greg Schiano fiasco, and how Tennessee football is it’s own worst enemy. We also pick out duster of the day John O’Korn, who single handedly ruined Michigan’s season. Don’t worry kid, the last 5 QB’s did that too. It’s not your fault. 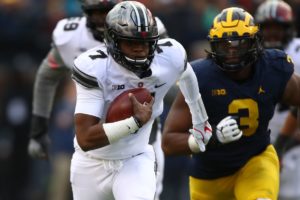 In hockey, we take a look at the silent assassin that is Johnny Gaudreau and how the Calgary Flames are making moves in the Pacific, but are overshadowed by the surprising Vegas Golden Knights success. We also look at how teams like Edmonton and Buffalo are making out in their rebuilding, and why they are struggling to finish their rebuild and find success the same way the leafs have. We also look at the unsung hero that is Ovechkin, and how he made a cancer survivor’s dreams come true.

Basketball season has only just begun yet people are making qualms about the Boston Celtics, even with their 18-4 record, purely for the terrific start they had to the season. We also look at powerhouses like OKC and why they aren’t performing as well as other start studded teams like the Warriors, even if they are still behind Houston in the standings. We also mention Lonzo Ball. We always do. Poor kid.

In Canadian sports, the hometown heroes the Toronto Argonauts won the 105th Grey Cup against the Calgary Stampeders. That is all.

In NFL football, we take a look at the AFC West and how it’s really up for the taking, how Phillip Rivers is changing the game and how we wish the Chargers will get into the playoff, the 10-1 Philly Eagles, Crabtree’s beef with pretty much everyone, and we discuss the fate of the Cleveland Browns. 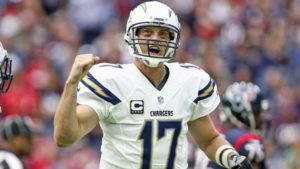