The golden hawks unfortunately fell to the Western Mustangs in the Yates cup rematch in what was a rather surprising score outcome between the two games. Western simply imposed their will in the run game and Laurier was unable to stop them, an unexpected end to a season for sure but certainly one with many lessons to be had and one that will only help make the hawks stronger next season. For this week’s episode of Hawk Eyes, we had OUA MVP Kurleigh Gittens Jr. on as a special guest to answer some questions and give us a deep dive into the life of a star receiver like himself. Overall, an excellent guest to have on the air and looking forward to him work next season.

The men’s team were able to come away with a pair of huge shootout victories against the Brock badgers with a score of 5-4 in the and 2-1 over the windsor lancers. In both games the men’s team found themselves in tightly contested battles that at times truly looked like anyone’s game. The hero in both games turned out to be Anthony Conti as he was the only one able to score the game winning goal in each shootout respectively. A true testament to the depth of the golden hawks as shown in the first game against Brock with it going all the way to the 7th round of the shootout before Anthony was able to tuck home the game winner. The golden hawks next game will come against the Brock Badgers again and the Western Mustangs.

The Women’s team had only one game in the past week and it was against the York Lions and they were able to prevail with a 4-2 victory. After their hard fought 2-0 loss against York a couple of games ago the ladies came roaring back and opened up the scoring and did not stop as they were able to secure their first win of the season. A big victory for the girls as they now look to push forward and carry this momentum with them into their future games.

The women’s team had a tough matchup on their hands as they had to face two top 10 teams in the country in both Ottawa and Carleton. In their first game against it was a true test of guts and determination as this game went all the way into double overtime with the golden hawks managing to pull out an incredible 87-83 Victory. Nicole Morrison again leading the way with 21 points as well as well as good offensive production coming from Jill Condron with 16 points and Maya Day with 15 points. Their second game against Carleton did not go as planned as Carleton left Laurier with a 77-50 victory. An excellent effort put up by the Hawks but unfortunately just wasn’t enough against a strong carleton team.

The Laurier men’s basketball team was also up against top competition as both the men’s basketball teams for Ottawa and Carleton are also top 10 ranked teams. In the first game Laurier was able to get out of there with a 80-75 victory but unfortunately star player Kokko injured his ankle in the game and was unable to play in the game the following evening against Carleton as they were not as successful and fell by a score of 100-64. The Men’s team is really starting to take shape with Kokko and Ali snow at the helms and one can only wonder how much more dangerous this team will be when star player Chuder Teny returns from his injury. 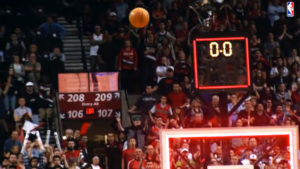