On Monday, November 13th we hosted Lesson 5 of The School of Rock. To open the show, we gave the listeners a soothing treat with Stevie Ray Vaughan‘s cover of Jimi Hendrix‘s Little Wing. The part that I love most about this tune is that throughout the entire song, Stevie uses the entire fret board all the way down to playing the open strings. By running the scales all the way up and down the guitar, it keeps whoever may be listening intensely captivated and mesmerized.

Nose Beers and the Damage Done

We discussed on the show, a Rolling Stone article that ranked the 10 “most drugged out performances” involving rock starts from over the years. In Lesson 5, we played a live rendition of Helpless, a CSNY original performed by The Band and Neil Young during the Band’s final concert, The Last Waltz. The connection between the song and the article is probably what you already guessed, directly related. Neil comes in hot ranked at the #2 spot for this very performance. The article recounts good ol’ Neil playing the song with a rock of cocaine lodged directly in his nostril. It says that it was so visible, the production of the movie for The Last Waltz required editing out shots that captured Neil flying high. 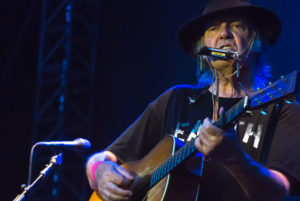 For this week’s edition of Report Card, we put U2 under scrutiny for their cover of Fortunate Son, original by Creedence Clearwater Revival. It did not go well for them. Bono might as well have been fast talking and it likely would have sounded better than the monotone-pitched voice he decided to cover with. In our opinion, it was musical debauchery and a disservice to CCR and their fans. U2… A classic case of starting high and never coming back to the top.

Near the end of the lesson, we played for our listeners a little Gordon Lightfoot with his song The Wreck of The Edmund Fitzgerald. This song is super interesting mainly because was written about a tragic, true story occurring only one year prior to its release, regarding the sinking and turmoil of The Edmund Fitzgerald, a freight ship that sank during a storm in Lake Superior in 1975. The sinking of the ship resulted in the death of the entire crew of 29 poor souls. A great tribute to the fallen and a fantastic song all in the same six and a half minutes. 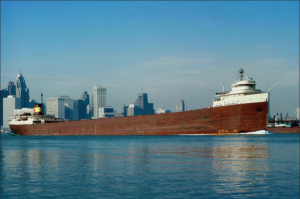 Cheers and we’ll be back next Monday, November 20th with Lesson 6 of The School of Rock!