It’s Yates Cup Week! The Laurier Golden hawks are set for their rematch against the Western Mustangs and the Mustangs will be looking to avenge some demons from last years thriller of a comeback from the Golden hawks. This game is sure to have it all, two nationally ranked teams (both within the top 5), with now two coaches (Faulds, Finch) going up against their former coach(Marshall). Big matchup to watch in this game will be the offensive line of Western vs. the Defensive line of Laurier with the golden hawks having 2 all stars on their defensive lines to match up with the hulking men Western tasks with the job of protecting Chris Merchant. Player to watch will be (of corse) Kurleigh Gittens Jr,  as he looks to continue his tear across the league

The Women’s hockey team truly played their hearts out but unfortunately came up short in their two games from the past weekend as they fell 2-0 to York and 4-0 to Guelph. The women have been showcasing a lot of grit and determination and by no means have they shown any signs of quit in their game the only factor is the goal column and that simply is not there yet not to say it won’t be soon it’s just a matter of time until the women’s team is clicking on all cylinders again.

The men’s team came out firing in their game against the York lions with an absolute offensive onslaught notching 6 goals on the board to come away with a 6-2 victory. Doubling their goal total from their previous game against Toronto the men’s team has been on a tear and they have been taking a lot of good quality shots and simply been overpowering their opponents. The game against Western was a very tightly contested match by two teams that were very equal in all faucets of the game, so close in fact there was only 5 shots in total for the whole game and every shot was a goal 3 goals for Western and 2 for Laurier.  Laurier looks to rebound next against Brock

The women’s team were able to pull off two huge victories for themselves against the likes of Nipissing with a score of 83-40 and Laurentian with a score of 81-75. In both games had some huge performances from Nicole Morrison a 5th year player on the team who has been leading her team by example dropping 21 points in the first game and 25 in the second. Her presence on the court has been a huge boost to this golden hawk team and they will be looking to follow her outstanding performances as they progress through the season.

The men’s team were also able to pull of a victory of their own but unfortunately dropping the second game and finishing their road trip 1-1.  In the first game they were able to propel themselves to a 84-56 victory and the second game they dropped to a score of 89-106. In both games they had outstanding scoring outpoints surpassing the 80 point plateau both times is something truly remarkable with Kokko leading the way dropping 22 points in the first game and 27 in the second. 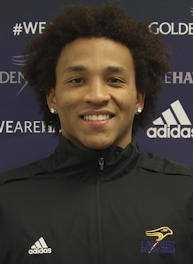 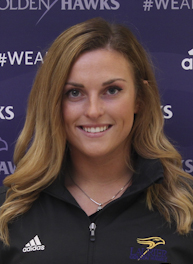