To kick off Lesson 4 this past week, we took a musical journey way down South to Dallas, TX with a ripping intro of Pride and Joy from iconic blues guitarist, Stevie Ray Vaughan (SRV). Stevie is a tragic case of a beautiful career cut way too short but nonetheless leaving an imprint on generations upon generations. He was a master guitar player and king of the blues. 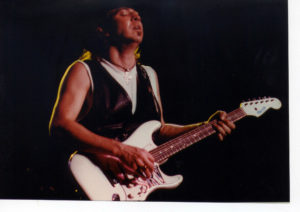 Oh Lord, Take Me Down Town

We continued our journey in the South and hopped over to Houston, TX bringing our listeners a famous song by a and famous for their beards, Tush by ZZ Top. These guys were most importantly famous for their incredible talent but were a visually striking pair with beards that looked like they may get caught in the guitar strings. This band has brought the Rock n Roll world some phenomenal, up-beat rock songs and Tush is no exception. 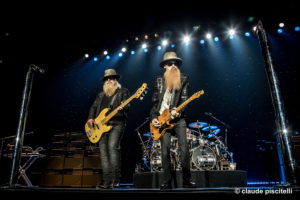 We continued on the Blues train but slowed it down a little bit after riding pretty fast with some southern rock. Eric Clapton, aka Slowhand, is a British musician and one of the best guitarists to ever live (we’re big fans of quality guitar playing if you haven’t picked up on that yet). His song, Cocaine, comes from his arguably most-recognized album, Slowhand, released in 1977. Clapton refers to the song as an anti-drug song, saying if your read between the lines, it really is more than just a song about cocaine. Can be pretty enlightening and revealing when you peel back the layers of good songwriter’s work.

“The Glitter Twins” is the nickname given to Mick Jagger and Keith Richards back in the day because during their performances they would have zero cares about their outfits on stage. Wearing bright and tight suits to glittered-up costumes, they just rocked out and didn’t care what they looked like. My roommates and I have been playing a board game called Settler’s of Catan a lot lately and was the inspiration for playing The Rolling Stones tune, Tumbling Dice. An easy listening track with a great choir for back-up vocals fit as a perfect Monday track 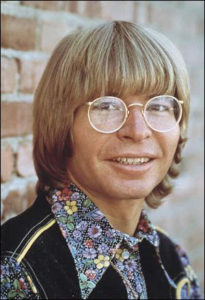 To close out the show, we played a song that every person and their sister is familiar with, Take Me Home, Country Roads by John Denver followed by a catchy, deeper track, California Dreamin’ by The Mamas & the Papas. A great singalong tune followed by an eerie yet catchy song to tickle our listener’s curiosity bone.

Join us next week on Monday, November 13th for Lesson 5 of The School of Rock! Take care everyone.