The Crunch, hosted by Nikola Lapenna, is a dynamic sports talk show featuring analysis from all around North American sports, including NHL, NFL, NBA, MLB, NASCAR, and the PGA Tour. Guests are invited on freuquently to take on the host in fiery debates concerning many different sports topics.

Last episode, Nick ran through the NFL weekly roundup of games, and addressed the controversy surrounding the Houston Texans owner’s comments in a private meeting. Nick said that this show will not include political discussions, and if you want to hear political insight you may watch CNN or Fox News. He also addressed the Colin Kaepernick controversy and explained that while many requests were made for his take on it, he will not fall into the trap of turning a pure-bred sports show into a political circus.

Nick then invited on host Evyn Preto to discuss the biggest takeaways from the Toronto Maple Leafs start to the NHL season, including biggest surprises and whether the Leafs are true contenders. While both disagreed on a couple minor issues, both were steadfast in explaining that goalie Fredrick Anderson needs to increase his level of play, along with discussing that a trade for star James Van Riemsdyk is imminent.

Nick then gave a rundown of the World Series thus far, including a salute to the game played on Sunday which may go down as the most entertaining World Series game in history, a 13-12 extravaganza. He then predicted that Astros will close out the series, and win the MLB title for the city of Houston.

Nick then explained that the Oklahoma City Thunder have a terrific chance at beating the Golden State Warriors due to their veteran presence, a wildcard in Steven Adams, and the resurgence of Carmelo Anthony.

Nick finished with his exclusive segment “Top 5 No Debate” where he chooses 5 games in the upcoming NFL week and predicts the outcomes. Nick is currently 13-3 (correctly predicted the late Monday game), and is looking to continue his hot streak. 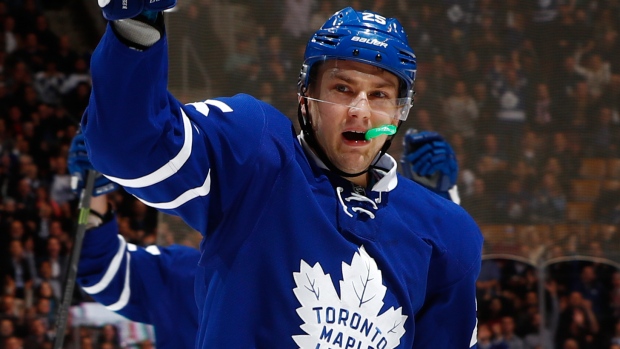