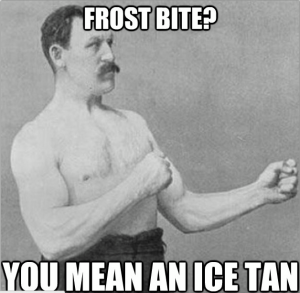 Hello beautiful people of the internet and beyond! A warm welcome from DJ Thr0b@ck- considering how brutally cold it’s getting, this is probably the warmest welcome you’ll find for a solid while. This week’s show was an absolute cracker, had great fun discussing the trends and changes (or lack thereof) in the Billboard charts, played some amazing throwbacks, discussed the Weird Wednesday article, a misheard lyric, the Laurier vs Western game this weekend, before diving into current music.

First and foremost, before moving into the details of the show, Golden Hawks play the Mustangs this Saturday at 1pm in the University Stadium. If you can make it, do it. It’s a great chance to go support your team as they take on the Mustangs and aim to avenge the loss on Homecoming *sobs*. The OUA Cross Country Championships are also taking place this Saturday in Windsor so if you’re thereabouts, go out and support your fellow Golden Hawks!

We played some great throwbacks, from the early 2000s, to the 1990s, and even went back to the 1980s with Michael Jackson’s Thriller. It’s just the perfect song for halloween time isn’t it? The lyrics, the music video, ahh the perfection. Please excuse me a moment while I bask in the my fanboy world. Okay, back. 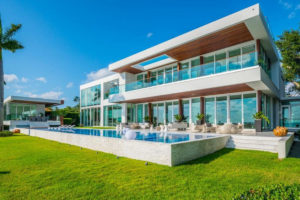 In the music world, Rihanna made the news for having shot her “Needed Me” Music Video shot in a $29 million Miami mansion. Just going to let that sink in. $29 MILLION mansion! The mansion, pictured right has everything: from being furnished with state of the art furniture and houseware, to celeb neighbours such as Dwayne Wade, J-Lo, et al., and it all topped with beautiful “uninterrupted” views of the ocean. I’ve gotta say, I did stop to think about if this was uninterrupted, what “interrupted” would be like: would you just be casually watching the ocean and some guy just comes and boo-scares you? Me and my weird mind, hmm. We then played some amazing Rihanna throwbacks- as it made perfect sense to do so- such as Don’t Stop the Music, and Only Girl, before moving into a commonly misheard lyric and current music.

First of all, the misheard lyric was from Taylor Swift’s song Blank Space. Tay Tay quite often in the chorus sings “got a long list of ex-lovers” but instead it’s misheard as “got a lot of Starbucks lovers”. I don’t even know what a Starbucks lover would be, but apparently people have heard that. And I’m not going to lie, even now I can still hear it if I play that song #ScarredForLife.

We then dove straight into current music, playing some songs from 2015 and slowly moving into the hit-filled 2016 and 2017 to cap off a good show. Right before taking your leave, we ended the show with one final major throwback, an absolute blast from the past: Take My Breath Away by Berlin. This song is over 31 years old so it certainly qualifies to be a throwback for basically anybody.

It was a wonderful show and we ended with the following message for the day: live life, spread laughter, spread joy, spread positivity. It’s halloween weekend so have fun, for first years: believe me, this is the biggest deal you’ll see halloween be, since like elementary school. Do remember to follow us on Twitter @RLMorningShow, it’s where all your favourite DJs are taking your requests during their shows. And if you have any themes or misheard lyrics or any throwbacks that you think about after the show, tweet to us and let me know by including “DJ Throwback” so I know you’re talking to me! Trust me, I love the attention.

That’s that, I’ll see you guys next Wednesday @10am!