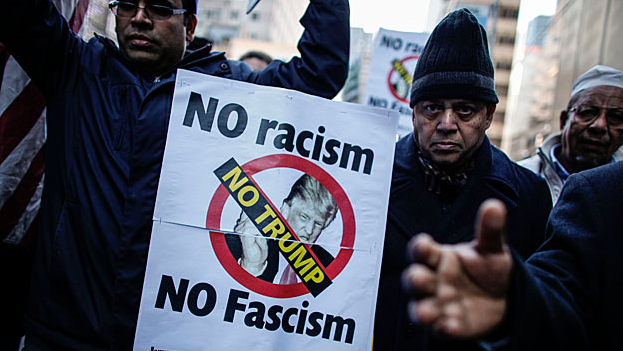 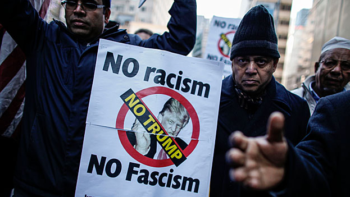 The three of us were politickin’ hard in the studio. There was so much to talk about, yet at times, we found it hard to find the words. On the bright side, we did our first live stream on Instagram (@afterclazz) and it went…well (?)

Shia LaBeouf and Jaden Smith, amongst other celebrities, have launched a live stream campaign under the name “He Will Not Divide Us.” They plan to conduct this live stream for the entire four year of Donald Trump‘s first term as President of the United States. On January 25th, LaBeouf was arrested for suspicion of assault while on camera. He allegedly grabbed a man by the scarf and began yelling, “He will not divide us” in his ear. Reports following vouched for LaBeouf acting in an appropriate manner, being that the man was reciting part of Adolf Hitler‘s “1488” speech, stating that it is the duty of the white man to secure a future for themselves and their white children. To read more about this movement, click here.

The #MuslimBan is all over the news. Rudy Giuliani went on the record stating that it was not a question of religion… which begs the question, how is it a Muslim ban if it’s not based on religion? We battled with this question, but DJ Winks provided us with the perfect video to examine both sides with:

The transportation network company Uber has taken a massive hit. Millions have deleted the app in retaliation towards its CEO,

. He is a member of Trump’s economic advisory council.

The biggest lesson that we want to teach is this:

. Do not hate others for their views, just because they differ from yours. If you have the democratic right to vote, inform yourself and use it.

can have their say in the future of our Student Publications organization through attending our Annual General Meeting this Wednesday, February 1st. Make your voice heard, and your views know. For the event, click