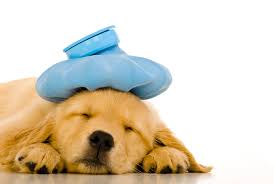 So yesterday was a sick day, but I got off my butt and came in to do the show. It was worth it to read some of these wonderful, wonderful stories. A man in Palm Springs California stole some pizza. Kevin Bacon, got found by the cops roaming around in Dartmouth, Nova Scotia. Get excited, it was a pig not the champ of an actor. In actor related news, Steven Seagal was granted Russian citizenship, by his chum Vladimir Putin. Asher Woodworth (I swear this is a fake name) was arrested for dressing up as a tree and blocking traffic to see if he could impact peoples ‘natural choreography’. A man in Ohio is grateful to live in a society where you can get rid of a mattress. The Canadian military is investigating a mysterious sound in the Arctic that’s verging on some sci-fi stuff. Other news happened as well.

In movies, the trailer for Wonder Woman was released and Dr. Strange comes out today, the 4th. Reviews are through the roof, so if you’re a comic book person you might want to check it out.

Talk to you guys Next Week Now.