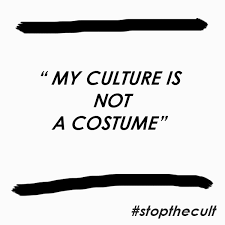 This week’s show was pretty significant in terms of the topics we aimed to discuss on the show. During our team planning, the topic of the abortion protests happening around Waterloo ignited heated discussions among the team as soon as it was mentioned. The debate between pro-choice and pro-life stances has always been volatile. In the end everyone agreed regardless of one’s stance, people’s individual decisions need to be respected.

During the show we also discussed the recent conflict between artists Kid Cudi and Drake. Before admitting himself into rehab and announcing his battle with mental health issues, Kid Cudi had sent out tweets targeting Drake as well as Kanye West. In response, Drake released the song “Two Birds, One Stone” in which he had a few lines that people interpreted as a diss towards Kid Cudi. In these lines, he touched on Kid Cudi’s battle with abuse of prescription medication. Some of the members on the team felt as if this was fair – Kid Cudi started the conflict and Drake was merely defending himself. In essence, embodying the phrase, “all is fair in love and war”. Other members on the team thought Drake went too far and his lines within the song trivialized Kid Cudi’s struggle and made light of a very serious situation.

To end off the show, we discussed the significance in age gaps in relationship inspired by Khloe Kardashian, age 32, dating Tristan Thompson, a 25 year old basket ball player from Brampton. In addition, we also discussed long distance relationships and whether or not they are realistic.

Shabazz is an upcoming rapper from the Mississauga/Toronto area. Recently, he released his project, “Alma Sola”, which in English translates to ‘single soul’/’lonely soul’. His music manages to stand out amongst the masses of Toronto artists due to its latin-infused instrumentals, his unique delivery and witty lyricism. His 8 track debut EP features production by producer dF and features from Brampton/Toronto singer, K. Forest. Together, dF and K. Forest’s song Guidance was featured on Travis Scott’s recent album, Birds In The Trap Sing Mcknight. They bring their talents to Shabazz’s project and together all 3 have crafted an EP truly worth listening to. You can check out the project and their other music in the links below: