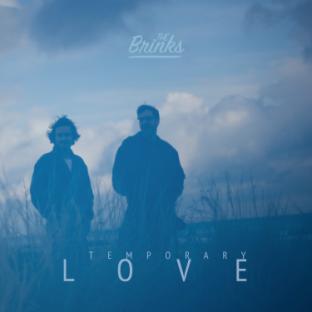 While their EP came out in December, you may not have heard of the two man duo, The Brinks. Consisting of the Australian singer Scott Mellis and a New York producer, Mark Friedman, the pair are fairly new to the scene and are deserving of some more recognition.

Their title track ‘Temporary Love’ is just one of the 6 that is featured on the EP, but is instantly a favourite offering a chill, smooth listen. With its skillfully put together beats, the songs ebb and flow like a good pop song, but Melli’s longing voice offers an almost melancholy sound that will pull you in for an urban indie feel. ‘Temporary Love’, ‘Stoned’, and ‘Hide Your Love’ give off some early Neighbourhood Vides, and are ultimately the drivers of the EP. Despite being out a while now, it is surprising that they haven’t gained more recognition than they have gotten. (You’ll be hitting the replay button quite a bit.)

Their sound is cool and effortless similar to the likes of Flume, but a more chilled vibe thats almost hypnotic. Stoned has a creep like feel in it’s verus’ followed by a cotagious outcry for a chorus that will undoubetdly replay over in your head well after it ends. It finishes with a modern bluesy collection of sounds strung together to leave a lasting finish. Limit of Deadline is one track of the album that strays from the slow, whispy sounds of the other songs instead offering a high-speed dance track.

Overall, with only six songs, The Brinks provide some good tunes that are an easy listen and are definitely worth checking out. Here is their music video for Hide Your Love it’s cool and looks like you dipped it in a trendy Instagram filter.

If this isn’t a enough to convince you to check them out, a notable advocate for the new indie duo is Pharrell Williams, who featured their single “Hide Your Love’ on his Beats1 show. So give them a chance and you might just be adding them to your next playlist