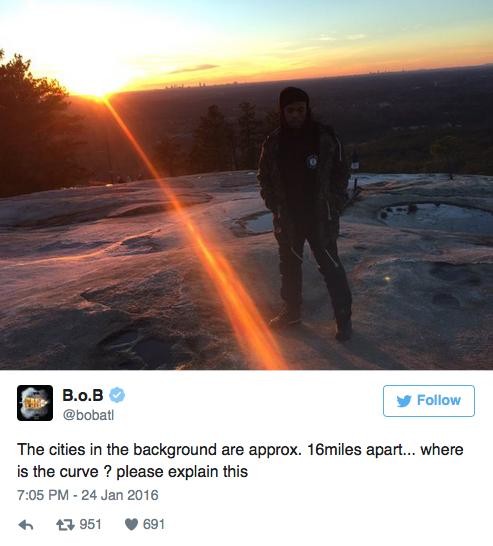 As usual a big THANK YOU to everyone who tunes in or reads our articles! We are always on air on Teusday mornings from 9:00am – 11:00am!

In an effort to combat Wendy’s phenomenal 4 for $4 deal, Burger King has launched a brand new 5 for $4 deal stating that five is better than four. While this seems true in theory, Wendy’s had a valid point when asked how they would respond to such a deal; “With edible food”. Cold blooded. While this kind of feud is no Biggie and Tupac, it’s still always a treat to see this kind of beef (so to speak) occur among the large corporations via Twitter.

B.o.B. and the #FlatEarth Movement

Conspiracy theorists have come up with a lot of theories over the years. Some of the first that come to mind are the moon landing being faked, 9/11 being an inside job, and Tupac still being alive. While they’ve reached a whole new level of wild with the new theory that the Earth is actually flat and the edges are being guarded by NASA. This movement is actually gaining ground and becoming increasingly more popular, especially with the involvement of rapper B.o.B. and reality T.V. star Tila Tequila who have both recently come out in support of the theory. B.o.B. went on a Twitter rampage recently post numerous tweets of what he considers to be evidence of the so-called ‘Flat-Earth’. Neil DeGrasse Tyson attempted to clarify why this evidence is flawed with B.o.B. who in turn wrote a diss track about Tyson called Flatline. While this movement is becoming shockingly more popular, you can count us out of this one. 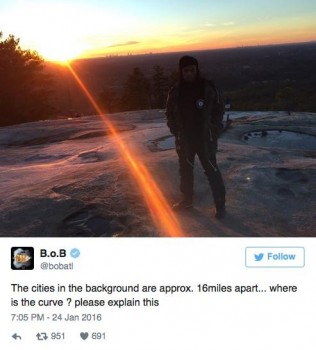 Not This Day but on This Day

January 26th is a day that many people are celebrating their birthdays. Notable people include Eddie Van Halen (1955), Ellen DeGeneres (1958), and Wayne Gretzky (1961). Additionally on this day Bill Clinton made his famous ‘I did not have sexual relations with that woman’ speech (1998), and a sperm whale spontaneously exploded in Taiwan (2004)

Interview with Jonathan Ricci: Board of Directors Candidate

We were privileged to have Board of Directors candidate Jonathan Ricci on air with us today. Jonathan is hoping to serve his third term of the Board of Directors in this upcoming election. Through the inspiration of many individuals such as his Don in first year, Jonathan made the decision to run for this position in his sophomore year. Since then he has loved working with the Students Union to give Laurier students the best possible experience they can have. Ricci encourages every student to go out and vote this year statting that, he personally is aiming for at least a 30% turnout. He also encourages students to use the hashtag #LaurierVotes to make sure the most amount of people possible have their voice heard in this coming election.

All in all, be sure to check out the debates in the coming weeks and inform yourself! This is your school, and this is how you make Wilfrid Laurier University the best school it can possibly be!

Elections will be held on February 3rd and 4th, and you can even vote online!