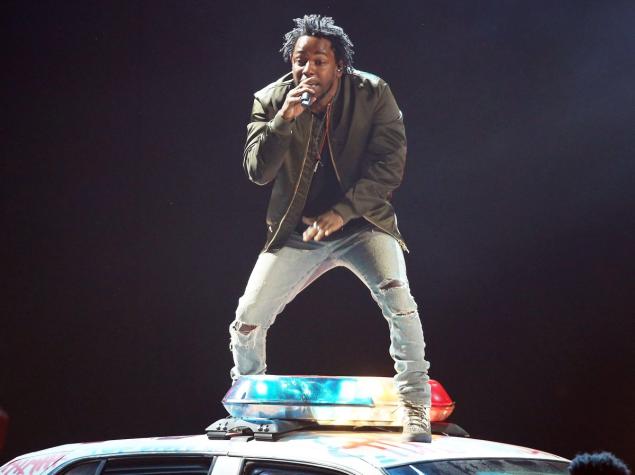 Kendrick Lamar Came to My wedding

Is something most people would pay unreasonable amounts of money to have happen however for one couple Californian couple, that wish came true. However, yeah theres a big HOWEVER… not only did they not recognize the superstar or know who he is but were pretty offened that him and his friends decided to crash the venue. Apparently things got pretty obvious once Kdot started “dabbing” (a dance move btw) around the dance floor and when they couldn’t give the names of who actually got married they were asked less than politely to leave. With a camera in hand, it’s possible the group was simply trying to make a music video but thanks the “happy couple” we’ll never know.

Well if you were looking to strengthen your playlist game this week, you’re in luck. On November 13th Jeezy came with his 6th studio album, Church In These Streets, and Ty Dolla $ign finally gave us his debut album, Free TC. We’re not yet though, throw in a very solid album courtesy of Logic who’s been producing great music recently, add Skeme’s newest project, and of course Justin Bieber’s Purpose. While JB probably won’t see life in our show sets we know some of yall be downloading the deluxe version low key, and theres no judgements here. Also, we’re sorry if we indirectly increase your bandwidth download for this month.

Drake, the love is mutal

Think about it… who really loves Toronto more than Drizzy Drake? He’s not only the Toronto Raptors Global Ambassador, but brings the biggest names in music to the Molson amphitheatre every year for his OVO Fest which has become such a big money maker, its now receiving funding from the government. While we still don’t forgive Octobers Very Own for the whole “Yolo” thing, it’s difficult to find someone below the age of 30 not referring to the GTA as ‘The 6’? Apparently Toronto has finally taken notice of the enormous swing the young man has in the city and have appropriately named him as the most influential person in Toronto. Drake has claimed this as the most important magazine cover of his career and seeing as it’s a Toronto Newspaper, that doesn’t surprise us.

All in a text – GK Nesso

Away we go (remix) – The Runaway x Brett Klassen

Bring it out of me – Ty Dolla $ign

Scared of the dark – Jeezy