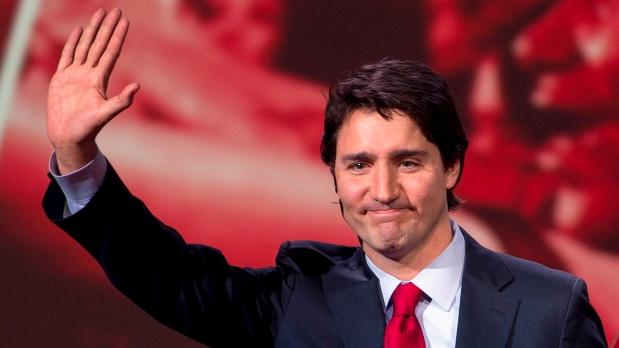 THANK YOU so much for tuning in! Please make sure to tune in every Tuesday between 9:00am – 12:00pm!

There is a new Prime Minister in town! Good-bye Stephen Harper hello Trudeau! Today was an absolutely humongous day for Canada as liberals took the majority victory finishing with 184 seats. The Conservatives finished with 99, NDP with 44, BQ with 10, and Green with 1 seat. Additionally, after his party’s defeat Stephen Harper Resigned as leader of the Conservative party. More details here.

In other news, The source of the Laurier bomb threat has been discovered and, it stems from a post on the infamous message board website known as 4chan.org. The post was originally created by a young British man named Daniel Ransem, who lives in London, and I’m not talking about London Ontario. Furthermore, Ransem claimed that he posted the threat in order to, “fit in” while, “there was no mal intent what so ever behind what I posted.” Watch CTV’s interview with Daniel here. Be careful what you say online folks! Apparently his post was spotted originally by the F.B.I.

Based upon my superb analytical skills I took listeners on an adventure through the studio window. The quest? Simply to discover what the weather was like outside! On our journey we noticed a partly cloudy sky. It played as a grim canvas for the bare trees who chillingly swayed in the fall breeze. It’s cold out there folks! Throw a sweater on!

Today we took a look at a tune from a local Guelph artist known as Edward James! The tune is called Turn Up! You will be able to relive it’s awesomeness once his soundcloud is up and running! Follow me on twitter @DJ_BOJANGLEZ and I will post it there!

Our Tuesday Question comes once again from Reddit. The question I pose to you is, “What are you %99.95 sure of?”

Mike: Getting all the conditioner out of your hair

New Star Wars Trailer! And boy is it awesome! Today we were lucky enough to be once again teased by Disney and Lucas Films. This time however, our appetites were sated ever so slightly as we were treated with a lot more content featuring clips of many more worlds and characters. However, just like good westernized Chinese food, you are hungry for more 20 minutes later, and unfortunately, there isn’t any left. For now. Check the trailer out here.

Additionally we looked at John Oliver’s most recent, Last week Tonight, where John discussed the Canadian election. John Oliver finished the episode by challenging Canada’s Elections Act by telling Canadians to not vote for Stephen Harper! This of course, can lead to a hefty 5000 dollar fine and even jail time! John then proceeded to toss 5000 Canadian dollars around with Mike Myers.  Oh yea, and there is a dancing beaver playing the keyboard behind them. Check it out here.

Be sure to follow the station as! well @RadioLaurier

My Playlist for the Morning

Check out all the music I had on the show by clicking right ———> here.