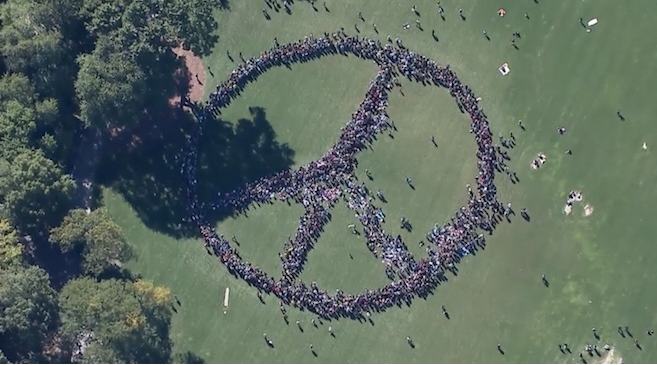 DJ Deej and DJ S-Goods had LOADS to talk about this week, both good and bad. Locally and internationally, there was a lot worth paying attention to.

In Kitchener on Monday, a 60-year-old man was shot and killed with a bow and arrow in broad daylight. He was found critically injured on his front lawn, and then rushed to the hospital where he was later pronounced dead. The incident forced eleven local area schools into lockdown.

Federal Liberal leader Justin Trudeau made his way onto Laurier’s campus on Monday, as well. The Canadian Federal Election is less than two weeks away, with voting officially taking place on October 19th. You can register to vote here in Waterloo by paying a quick visit and registering on www.electionscanada.ca. The Millennials (people between the ages of 18 and 35) account for 20% of Canada’s population. There is no time like the present to have your voice heard.

Yoko Ono organized the formation of a human peace sign in New York’s Central Park, in honour of her late husband, John Lennon. He would have been 75 on the 9th of this month. Ono had 2000 people participate in this venture, but would have needed between 6000 and 10 000 to break a Guinness World record.

Being that it is Laurier’s Fall Reading Week next week, we will not be on the air on the 13th. We will return with After Class on October 30th. We wish everyone a safe and happy Thanksgiving. If you’re planning to be here over Reading Week, hit up the K-W Oktoberfest, which starts on Friday, and runs until October 17th. We are in the midst of the largest Oktoberfest celebration in the world outside of Germany. 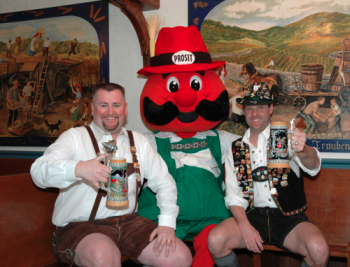 For the Anchorman fans out there, Apollo Cinema is running a craft beer and movie quote-along event on both the 16th and 17th. See their Facebook page for more details.