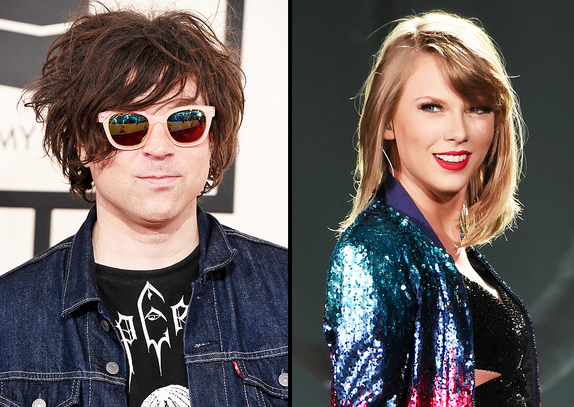 Yesterday on The Morning Show, it was all about those cover tracks and albums. Twitter went crazy on Friday when Ryan Adams, an indie artist, shared the news that many have been waiting for. Adams revealed that he is going to cover Taylor Swift’s latest album, 1989, in its entirety. Pretty much anyone that is a Ryan Adams fan will attest to the brooding nostalgia in his tone. Taylor’s reply tweet shows her enthusiasm about the project:

The first time I heard Ryan Adams was when watching Season 1 of The O.C., when Marissa and Ryan end for good after the Valentine’s Day Singles Dance Gala… or whatever. Marissa bursts into the pool house while Adams’s crooning cover of “Wonderwall” by Oasis plays in the background. I can’t imagine how he is going to make Swift’s upbeat tracks like “Shake It Off” sound, but I know that it is going to be dripping with melancholy.

Some covers that DJ Deej played:

Next week is all CALIFORNIA talks and tunes. I’ll be talking about my plans when I go, and hitting you with those West Coast vibes. Stay tuned.