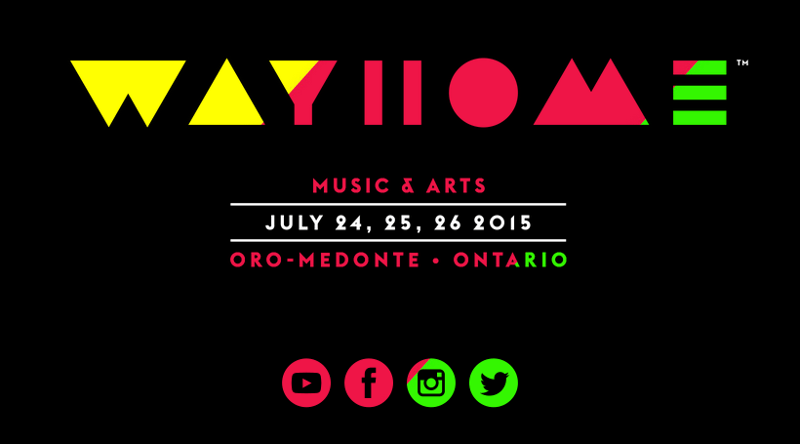 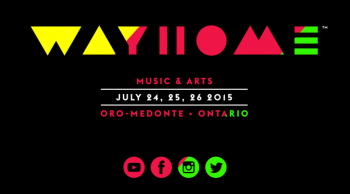 With the withdrawal and next year already on the brain, it’s more than safe to say that WayHome Music & Arts Festival is a force to be reckoned with. The nervousness heightened as we drove through the back roads of Orillia, Ontario, but the “first year jitters” were quickly erased once we made it through the gates. I expected an experience, but I know that anyone that was there will agree that this was the experience of a lifetime. With heavy-hitting headliners like Neil Young, Kendrick Lamar, and Sam Smith, this festival had a lot of pressure on it, but held a lot of promise – and it delivered.

Acts started at 1:15 p.m. on Friday afternoon, and ran until 2:00 a.m. We started our day off at the intimate WayAway stage, with Bear Mountain. Following them, we saw The Decemberists, who ended their show with “Oh, Valencia,” North Carolina duo Sylvan Esso, the Fitzpleasure-playing Brits Alt-J, Canadian legend Neil Young + Promise of the Real, then danced three hours away with the beats of DJs Kaytranada and Girl Talk. 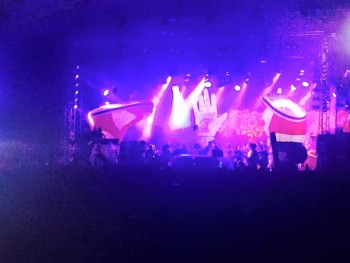 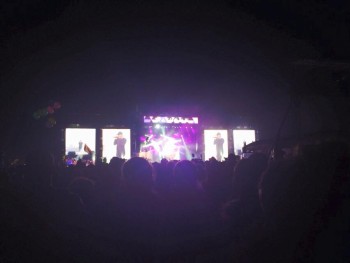 What a day, eh? Think that’s a lot? Saturday was the day of straight Hip-Hop. We started with 40-year-old rap duo Run The Jewels, who gave their audience a fair warning that they were going to “f**k our f**king s**t up.” With only a 45-minute set to work with, they made the WayHome stage come to life. Danny Brown performed on WayBright immediately after, Bay Area boy G-Eazy provided the party on the WayBold stage, and the illest negus alive, Mr. Kendrick Lamar, ended the night on the WayHome stage, with a performance worthy of the fireworks that followed.

Feeling like 40 degrees out, Sunday was the day of rest – and guitar. We saw performances by The Sheepdogs, July Talk, heard some of The Killers classics by Brandon Flowers, Cold War Kids, Vance Joy, and at long last, Sam Smith. Despite the scale of the venue, all of these shows were incredibly intimate, especially when everyone went from sitting to standing during Vance Joy’s performance of “Riptide.” Truly a moment to remember.

Besides the vast variety in music, the art installations all over the venue and food were also note-worthy. There was fresh barbecue, all kinds of poutine trucks, vegetarian trucks, pulled pork sandwiches, and classics like Pizza Pizza and Pita Pit. There was also a fresh food market, which offered interesting items like vodka-glazed donuts. The Drake Hotel had specialty trucks posted up in the VIP section, and people kept partying for hours, thanks to the fresh lemonade and free water stations that were everywhere. 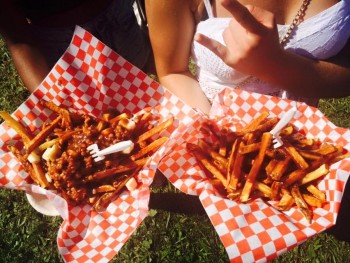 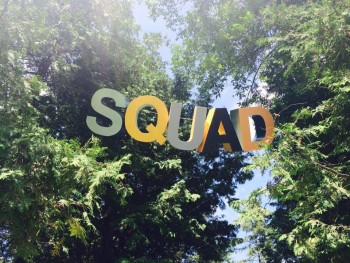 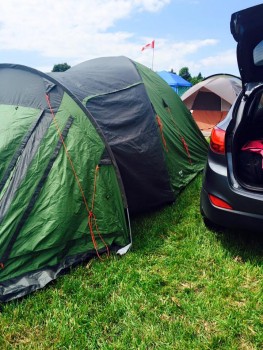 With confidence, I can say that I found my way home this weekend. I intend to find my way back home next year, and I encourage you to do the same.