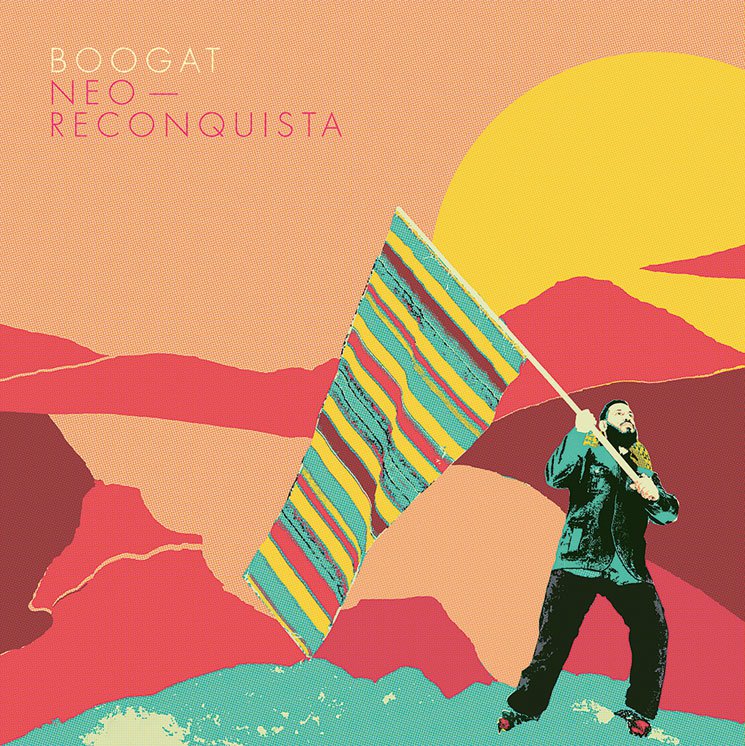 Continuing to gain international recognition, Boogat is an MC from Montreal whose latest album, ‘Neo-Reconquista’ is worthy of attention this summer. The album is a mix of uran and electronic music with a Spanish flare and can easily be the song played at any event for a night of dancing. If spanish music isn’t your thing, all is forgiven with its catchy sound and may even encourage new listeners to the genre.

Winning producer and World Music album of the year at the industry gala, L’ADISQ, for his 2013 release, El Dorado Sunset, Boogat is definitely paving the way through the music industry specifically garnering success in Mexico and the United States, even opening for Chromeo.

What’s great about ‘Neo-Reconquista’ is that each song presents it’s own eccentric vibe, in contrast with many other electronic or dance music that often adopts similar sounds, this album provides a variety of up-beat, fun songs that can be enjoyed by many people. And with a variety of instruments the album keeps the music urban and new while referencing traditional instruments producing character to their sound.

It’s refreshing, it’s fun, and for some it may be something new, regardless it’s worth a listen whether its while driving in the car with friends or a night out dancing. Check it out!