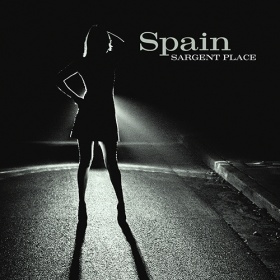 Previous to listening to the album, Sargent Place by Spain I had never heard of the band, but as the first few chords filled the silence followed by a soft almost melancholy voice of singer, Josh Haden off the track “The Fighter” I was hooked. Prior to the release of Sargent Place, Spain had took somewhat of an hiatus from releasing new music. Or perhaps they were just working the perfection that is the album. “The Fighter” slowly relinquishes a soft ballad, a beautiful offering of the romanticism the album offers which swiftly encourages the starting of a new song with the finishing of another.

With input from Black Keys Producer Gus Seyffert and other musicians the album definitely had some ground to contribute to its success. While the success garnered by the album may not be in the traditional way music is measured today, its success lies in the production of a beautiful album.

Every song is an easy listen, and anyone who wants a soft, mellow album to listen to check out Sargent Place by Spain.