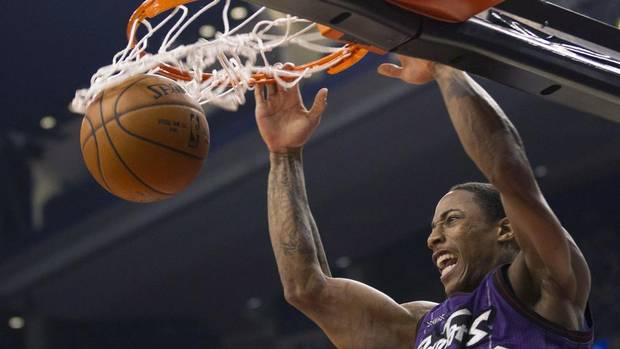 The Raptors are first and making an impact south of the border (but their sleeved jerseys were gross), the CFL playoffs are upon us, our weekly Arizona Cardinals debate continues and A-Rod’s still a douche!

In case you missed this week’s installment, you can catch it here! Just click play below.

It was another busy week on Upon Further Review with myself, Kyle, and Dillon Giancola. The playoff picture continues to heat up in the NFL, but with every week, we’re left with question marks. Arizona, who it seems like Dillon and I talk about every week, pulled off a huge win against the St. Louis Rams (sorry, Dillon) after rattling off three touchdowns in four minutes in a come-from-behind victory that put them at 8-1. But, they lost Carson Palmer to a season-ending knee injury (something that is all too familiar to me as a Bengals fan…), so in comes Drew Stanton for the rest of the season. The way I see it, this really hurts their Super Bowl aspirations, although Dillon’s not so sure and he makes a pretty good point. All year, the Cards haven’t been about offense; they’ve got an amazing defense, first overall last year and still in the top spot so far this season, that’ll win them games. So, ya, I know, “Defense wins championships,” but although I think the NFC will still be theirs for the taking, Stanton’s lack of playoff experience may be the team’s downfall if they want to be the first team ever to win the Super Bowl on home turf.

And north of the border it’s playoff time in the Canadian Football League. In the East the Alouettes face-off at home with the BC Lions thanks to the cross-over and on Sunday the Saskatchewan Roughriders travel to Edmonton to face the Eskimos in what should be an awesome game. Look for 50,000-plus in attendance, pretty much split down the middle between Roughrider and Eskimo fans. So, who ya got?

Dillon: This is a close one, but I have to go with Montreal, just because they have been the better team in the second half, after that awful start they had. As well, I think the home crowd will help them. Look for this to be a close, 17-14-type game.

Kyle: Even though the Alouettes are at home, where they usually thrive during the playoffs, I think the BC Lions are going to win. The Lions don’t have Travis Lulay behind centre, but Kevin Glenn has shown over the years that he’s a pretty serviceable QB in the CFL.

Dillon: Being a diehard Eskimos fan, I cannot go against my boys here, especially since we won the season series against the Riders this year. Although we did lose to Saskatchewan last week, it was a meaningless game for Edmonton and they didn’t start Mike Reilly or John White.

Kyle: The Roughriders aren’t going to have what it takes without a healthy Darian Durant. He was a question mark after tearing a tendon in his elbow back at the start of September, but even though he’s been activated and put back on the 44-man roster, it will be Kerry Joseph that gets the start. I’m sorry, Kerry Joseph, but you’re old and way past your prime. The Esks seem to have a question mark at QB as well with Mike Reilly seeming to be nursing a foot injury, but Edmonton has the weapons to work around that, even if he doesn’t end up starting (which I think he will).

Continuing with awesome Canadian sports, the Raptors are absolutely dominating! Their 7-1 record is tops in the Eastern Conference and for the first time since 2002, they’ll be playing in front of a national US audience on TNT Thursday Night Basketball, which is so awesome to see. It’s so great to see them get their dues and shows how far they’ve come in just a few seasons, a team now well far-gone from the doom and gloom of losing Chris Bosh. I don’t think they’re quite as exciting as the early 2000s Raptors teams, but the similarities are there and what’s better about the 2014-15 team is that they’re the most complete team the Raptors have ever had. With that being said, I don’t want to join the NBA Finals bandwagon yet and nor should you. To this point the Raptors have only faced one good team in the Miami Heat who they lost to. The Raptors have continued to get better throughout the first couple of weeks and you could see that on Tuesday night against the Orlando Magic in those awful sleeved camo uniforms. But tonight’s the real test against a Bulls team that they’ll probably be neck-and-neck with for most of the season. Derrick Rose is probably going to start, but how good he’ll be is up in the air. With that being said, the Bulls are obviously very solid down low, so Amir, JV, Hansborough and Patrick Patterson are going to have their hands full with Pau and Noah. Regardless, I’m so pumped for tonight’s game!

And last and certainly least, A-Rod announced a few weeks ago that he took performance enhancing drugs. Ho hum. Thanks for letting us know something the general public has known for many years now, ya jerk. With his suspension now lifted, he’ll be back at spring training, and to the Yankees dismay, will more than likely be their starting third baseman. If that’s the case, it’s going to be a long season for the Yankees because I don’t see him being a very capable ballplayer without the ‘roids and an entire season of baseball lost. But hey, that’s fine by me as a Jays fan. Speaking of which, they seem to be possibly going after Pablo Sandoval, World Series extraordinaire. The Panda would add another formidable bat to the lineup (probably in the sixth spot) if the Jays could re-sign Melky. With the winter meetings approaching in baseball, it’ll be interesting to see what happens in free agency. There’s obviously some huge names out there.

So, stay tuned for more of that in the coming weeks of Upon Further Review!  And as always, follow us on Twitter @UFR_Radio!