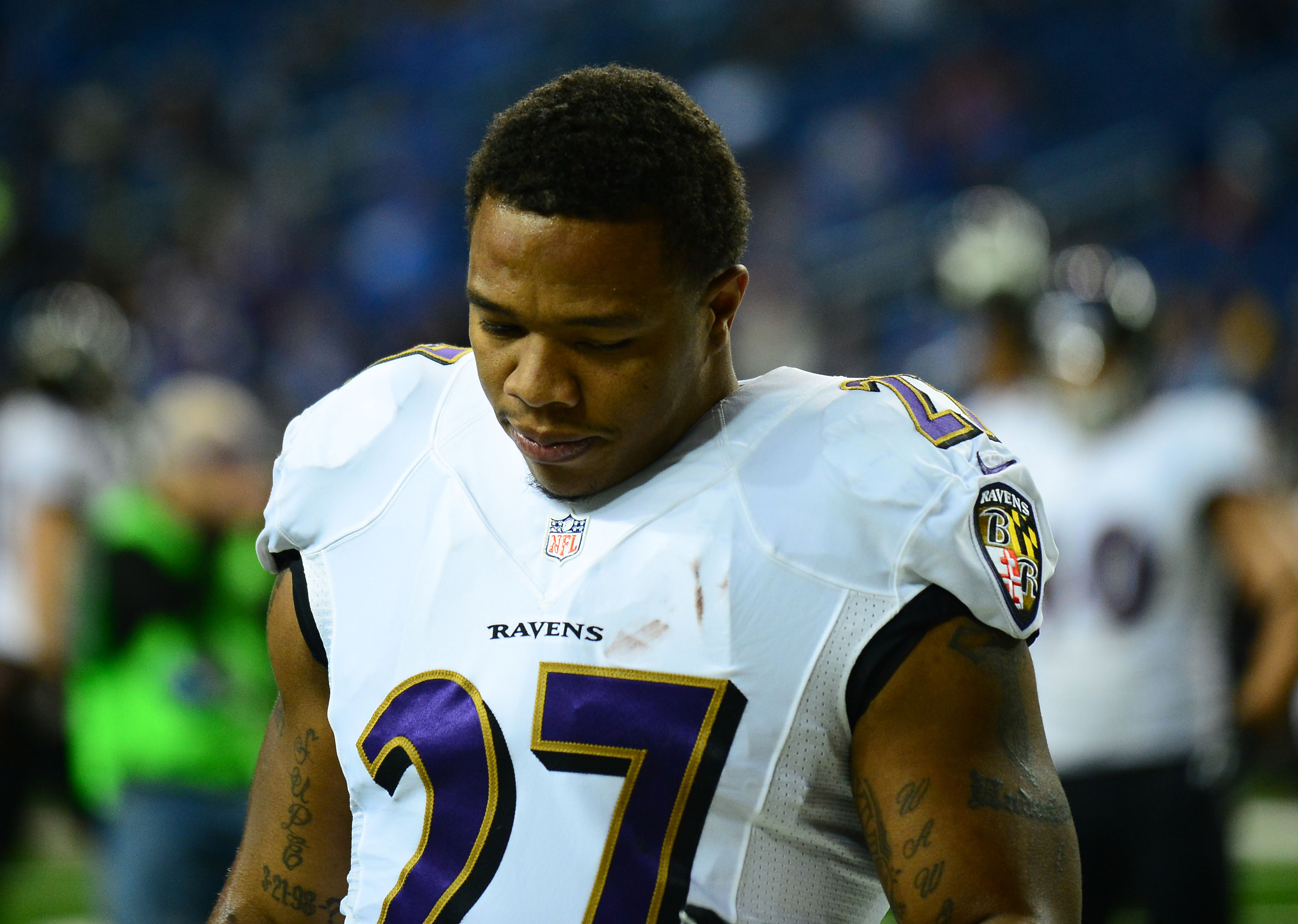 Update: In case you missed our show when it aired, you can check it out here! http://www.mediafire.com/listen/o8af8k8woawav50/Upon_Further_Review_09-09-14.mp3

When it seemed like the Ray Rice fiasco had been put to an end via an inappropriate two-game suspension handed down by NFL Commissioner Roger Goodell for physically abusing then-fiancee, Janay Rice, TMZ releases a video of the Raven’s runningback knocking out Janay point-blank in the casino elevator, as previously reported back in February. But with this new footage comes public outrage on a much grander scale. Football and sports fans already new about what Ray Rice had done, but now with the whole world blowing up over this, the NFL has decided to re-tract on their two-game suspension and instead suspend him indefinitely (probably for the entire year). And to save face, the Ravens have also cut Rice from the team.

This is all well and good, because Dillon and I agree that the length of the suspension will now fit the crime, but it overshadows the bigger problem: the NFL’s incompetency in handling this and other domestic abuse and substance abuse issues. The NFL took advantage of this video by using it to place further blame on Ray Rice, even though this already happened, and it overshadows the fact that the league failed to properly address the issue in the summer. They had their chance, and messed up, and never really took responsibility for the mix up. For example, it is widely reported that the league knew about the video, or made no attempt to even obtain it. Either way, they should have took the initiative to gather all the footage and be the trail-blazers in this specific case. But they did not do that. Be sure to listen in on our show for our further analysis on Ray Rice.