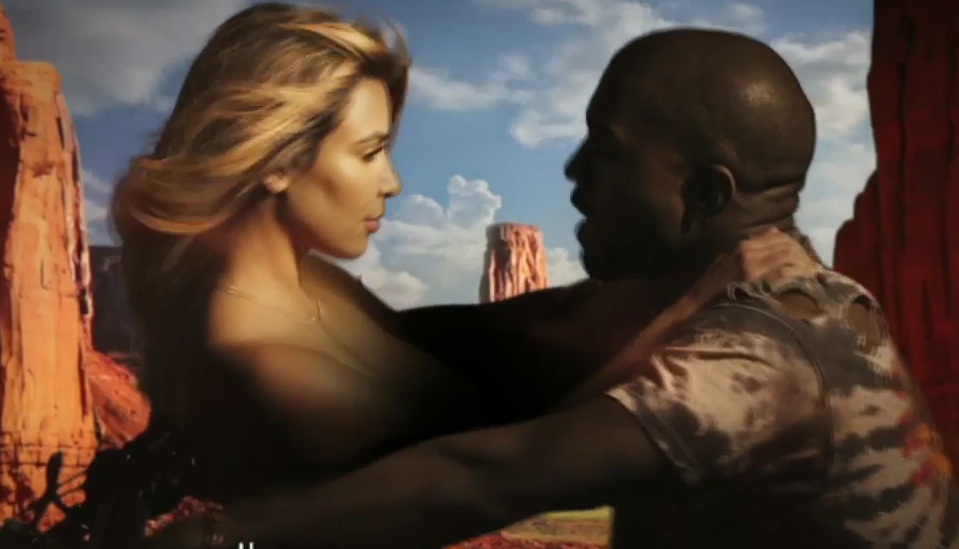 Wuddduupp friends?! After a little late start and some technical difficulties we came thru and gave yall that good good. Word to Nelly and Ashanti. Ha! We had a slow week in the hip-hop game but knowing kamo and myself, we made things fuuuun. Basically running this rap ishhhh. But in all honesty, we had to dig deep *pause* in order to bring yall some dopedope headlines.

Soooo if you are confused as to why Kim Kardashian is riding a motorcycle with Yeezus on our cover photo, well, you probably haven’t seen the new Bound 2 video. It features North’s parents riding a motorcycle in front of what looks to be the Grand Canyon buuuut I can’t be sure. Anyways, check it out right here. Tank me later on the whole Kim K sitch. Ha!

We also had a few birthdays to celebrate other than Kamo’s. Future and Phife Dog both celebrated their born days this week. Eevn though they are both on opposite ends of the spectrum, yall still gotta clap for ’em.

In other news… Jeezy signed to Roc Nation,  Ja Rule and 50 Cent were basically sitting beside each other on a plane, 5 Pointz got white washed and TDE hates GQ.

REAL OR RATCHET this weak was fun. We compiled a little list of rappers who have super famous parents. Caution: they might make you LOL. Okay, so first, we have the sons of Daniel Day Lewis, Tom Hanks, Tommy Hilfiger annnnd of course Will Smith. The last one isn’t actually that ratchet because who knows what Willow and Jaden will do but for the rest of those suckas, yall can miss me.

THE REALNESS was pretty serious this time around. It was actually more of an un-answered question than anything. We asked everyone if a rapper’s name can sometimes overshadow the music. For example, J Cole had a much better project than Eminem but Marshall went platinum in like 2 weeks and Jermaine just recently passed the gold mark. Is it just because Eminem is, well, Eminem? I mean, the MMLP2 was decent but what would have happend to his sales if the record was god awful? Still platinum? Let us know your thoughts on Twitter. @RLRapUp

GLAYSHS GUILTY PLEASURE this week was a little bit of a throwback. I picked the trillest tune by Slim Thug, TI and Bun B. The song is called 3 Kings and is quite the southern anthem. Check out the parking lot pimpin’ going on in the video right here… and of course… please turn up… that is all.

Our UNDERGROUND KING was actually in the building with us this week! Friend of the show Mr. Rufus stopped in to bless our ears with that class KW R&B flavaaaa. He has got a new single out called ‘Hold On Me’ which is too smooth. It is the lead single off his upcoming album entitled Growing Pains. The album is coming to yall in February soooo just wait on it. In the meeeen time check out all of his dope R&B music on his website here. Word to the kid next door.

Now, having the R&Beauty in the studio with us, why not put him to work, right? We had Rufus judge VERSE OF THE WEEK annnnd man was is it close. Our theme this week was the best verse on a DJ Khaled song. Easy enough… except there is about a million Khaled song verses. So we had to get to the best of the best. I went with Weezy’s verse on We Takin Over and Kamo went with Kanye’s verse on Go Hard. The winner? *insert drum roll* Kamo took the win this time. That bring us to 5-4 on the year. Think he can even it up before Christmas break? Yeah, me neither. Anyways check out the winning verse here.

Well, that is it from us this week. Catch us next week at the same time, same place.