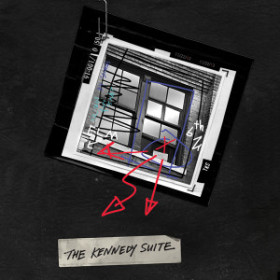 For Fans Of: Pretenders / Pearl Jam

Just in time to mark the 50th anniversary of the JFK assassination, Canadian alternative-folk band The Cowboy Junkies have returned to release their new concept album The Kennedy Suite. Available as of November 12th, the album, which was seven years in the making, provides a unique perspective on a tragic historical event who’s story has been told time and time again.

Beginning with a prologue integrating audio snippets from John F Kennedy’s inauguration, the album develops a truly unique interpretation of the 1963 tragedy. A stand out in this regard, is “Bullet For You” which combines six different vocalists conspiring on the president’s fate upon arrival in Dallas, with haunting lyrics stating “I’ve got a bullet for you, I’m on a black-tar rooftop…like a trigger baby, light’s out with a twist.”

Additionally, another song on the album that really stands out is “Dallas Youth Auxiliary” which, in addition to provide an interesting take from the perspective of three sisters driving to meet the present, really exemplifies the historical context of the album. Among other songs on the album, “Dallas Youth Auxiliary” combines smooth harmonies and lofty melodies to truly embody the essence of early 1960s music.

Furthermore, another song on the album that really hit home was “Take Heart (Elbow)” which tells the days events from the perspective of a security guard placed in charge of protecting the President. Bringing to light a perspective that would often go unrecognized, the song features haunting lyrics stating “I couldn’t save my wife, I couldn’t save my daughter, but I may save myself if I can save you two.”

So if you’re looking to check out a truly unique album, give The Kennedy Suite a listen, you really won’t regret it, and the unique perspective it offers to the JFK assassination is guaranteed to be something you’ve never heard before.