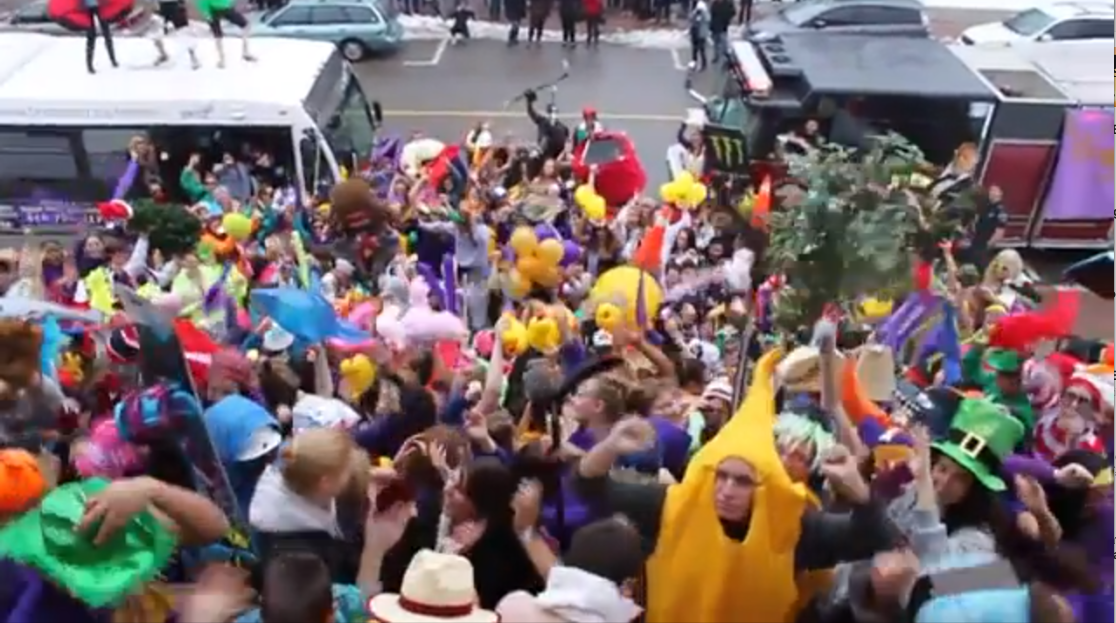 Because we certainly do! We were talking about the Harlem Shake this week because of the awards at the Youtube Awards. “I Knew You Were Trouble” by Taylor Swift won YouTube Phenomenon, which is great for her. But Dran and I thought the Harlem Shake would have won, either way though we decided to resurface our school’s Harlem Shake video from last Winter:

Artist Of The Year: Eminem

Response Of The Year: Lindsey Stirling And Pentatonix ­- “Radioactive”

Innovation Of The Year: DeStorm ­- “See Me Standing”

We also promised to put the link from Mia’s Halloween prank once again:

Have a great week everyone 🙂