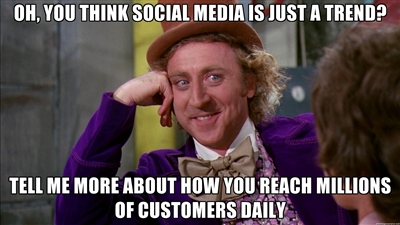 This past Sunday was theBasement’s 2nd show this year!! Thank you to everyone who listened and for those who did not listen… Trust me the convo got heated!! We talked about social media and the implications it has on our society. One celebrity that caused heat in the studio when it comes to social media is Miley Cyrus. Is she a genius by acting a fool? Because if you have not noticed Wrecking Ball has 250, 308, 509 views on youtube (no seriously I just checked). Or is Miley Cyrus completely misrepresenting herself in the black culture? I’m telling you it was a show you did not want to miss. This tool of our generation that has rapidly spread like nothing else however can be seen as a positive tool. A member of theBasement shines some light on the how social media has changed our world for the better:

The onslaught that we call social media has taken over the internet and essentially the world in the past 10 years. I can already think back to even 5-8 years ago, if I wanted to know something about someone, I would simply ask them. Now? If I want to know your relationship status, birthday, where you live, your school, absolutely anything that comes to mind can now be found on some sort of social media whether it be Facebook, Instagram, Twitter etc. But this is not to say social media is bad, it’s actually one of the most connecting, interactive concepts that have come into play in the past decade. Now, you can easily communicate with someone who is right beside you as well as someone who’s easily 4000+ miles away using Facebook; short opinions and quirky comments along with the basic updates of the goings in world can somehow be found in 140 characters and under with Twitter; daily pictures, inspirations and visual creativity can be seen with Instagram or Tumblr. The world, which was once viewed as a distant disconnected place, has been joined together and is easily accessible; all you need is an email sign up and new password. Travel and connect with the world in seconds without leaving your bedroom. That’s social media.  -Danielle

TUNE IN EVERY SUNDAY AT 9PM