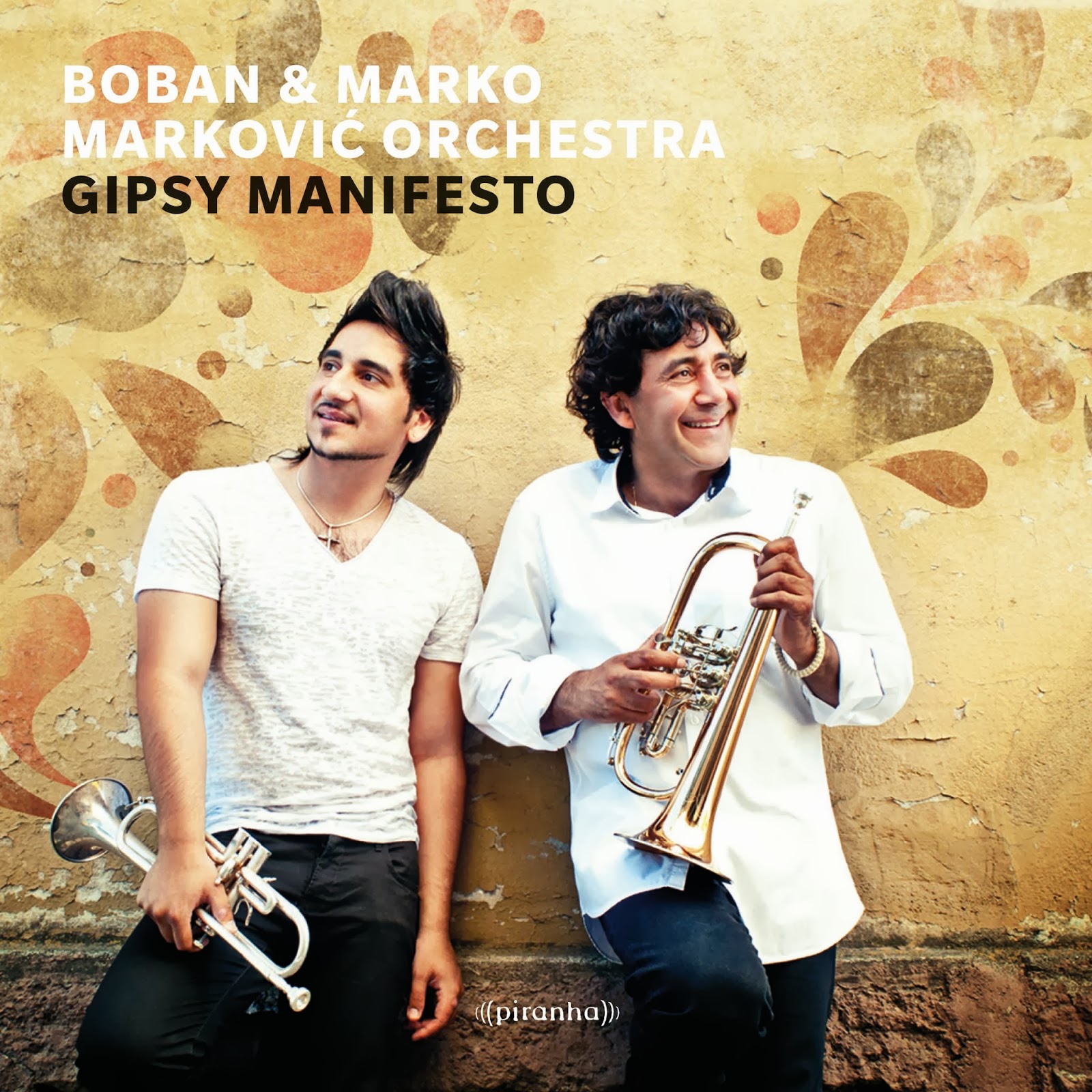 Global music is in the throws of a brass attack and I, for one, couldn’t be more pleased.  For a few years now we’ve been exposed to more and more tuba-driven Tejano mixed with electronics, mariachi horns, authentic Fela Kuti-style big band Afrobeat and caravans full of Roma Gipsy brass. Arguably, at the top of the heap stand Serbian father and son, Boban and Marko Markovic with their orchestra, acknowledged and celebrated as the best brass band going for the past 17 years. Boban reportedly blows his horn up to 10 hours a day to warrant the acclaim, and constant touring throughout Europe has toned and tightened the orchestra to ridiculous precision. But, it’s at home in the Central Serbian small town of Guca, where every year since 1961 a festival has been held to determine the best brass band on earth, where Boban is truly undisputed. After 5 personal wins, he has stepped away from competing and performs with his son and orchestra as honored guests, hailed as the King of Balkan Brass Music. Their new release on Piranha Musik is called Gipsy Manifesto, and for all of the elder Markovic’s notoriety, this amazing disc is very much a product of Marko’s influence, etching out future possibilities for the genre. In addition to the horns and military drumming, the recording boasts flourishes of electric guitar, piano, accordion and a full drum kit. Musically, the record drives with a dance floor beat underpinning the machine gun horn shots, effortlessly slipping into funk or Latin grooves adding further interest to the Balkan wedding tunes. And, it’s fast; very fast, faster than punk, maybe speed metal fast. Regardless of comparatives, the instrumental acuity and ensemble playing agility is jaw-dropping. Best of all, it’s not serious in the slightest. They really do leave you with the impression that it’s all for the fun and celebration of it. The vocal numbers like Caje Sukarije ‘Beautiful Girl’ or Cokolada ‘Chocolate’ bubble with good natured whimsy. Fankerica Smekerica ‘Funky Girl’ on the other hand, is an instrumental showstopper incorporating a synth (a first for the orchestra) in a New Orleans-style funk up that would make Galactic jealous. Afrika Paprika peppers the album with some Hugh Masekela-worthy Afro-jazz. We even get a bonus track remixed by Dunkelbunt, a pioneering German remixer of Eastern European music. Gipsy Manifesto is a defining album. The legendary Frank London of The Klezmatics sums up this way, ““Having dominated the Balkan brass world in the 20th century, Boban and Marko have now chosen to do no less than redefine the genre. There isn’t a band on the planet that can touch them.”