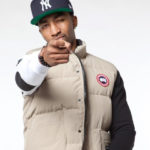 Mysonne In The Building! For those of you who maybe aren’t aware of Mysonne, He was born and raised in the gritty Bronx which we know has produced some of the best hip-hop to date, to which He eventually left but not before making a name in battle rap circuits with the likes of Shyne and DMX. Naturally his talent landed him a record deal with the most successful Hip-Hop … END_OF_DOCUMENT_TOKEN_TO_BE_REPLACED