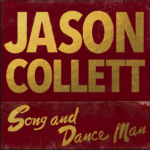 Jason Collett released his newest album on February 5th of this year. The album is his first since 2012 and is long overdue. Jason Collett is a singer from Toronto from the Broken Social Scene, an indie rock band formed in 1999. His music is classified as alternative but for some reason I see it more as indie -which makes sense because of the style of music he played while … END_OF_DOCUMENT_TOKEN_TO_BE_REPLACED