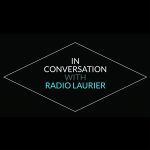 “On one of my bad days, I got an anonymous phone call from a 13 year old boy saying that he wasn’t out to anyone yet… that he was feeling scared and alone, and that the one thing that was giving him strength was following my news story… It was at that point that I realized I was fighting for a community and not just myself” (25:00).

In 2002, his world was taken by a media storm when he wanted to bring his boyfriend to prom and the Durham Catholic School Board said no. Last week, we sat down with Marc Hall, who told us his story about becoming an LGBTQ+ activist at the young age of 17. Nearly two decades later, Marc has a musical and made for TV film based on his story and journey as a young man.